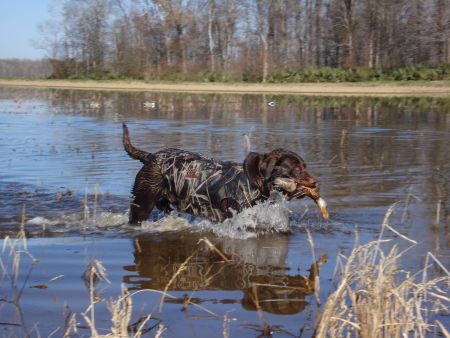 Got my numbers put together and it was certainly a good season. Had a lot of fun hunting a variety of places with good friends and family. Countdown is on to September!

Total for the year in my blind was 246 ducks, 8 specklebelly geese, 1 blue goose

A few observations on the numbers: more mallards than usual, most around the state observed the same. Usually we’d only kill maybe 3-4 a year if that many, and we had the chance to harvest many more had we targeted them in smaller potholes earlier in the season. The number of spoons was up significantly, largely due to more rice field hunts in the Cheneyville/Bunkie/Whiteville areas this year. Dosgris (scaup) were also up; many days we’d pass on them landing in the spread 30+ at a time but on slow days we took our 2 per person. Before the season I would have thought we’d kill a hundred grays because they showed up in droves around October 15th and stayed a while BUT they disappeared right before the opener, 35 is down from 93 in 2005 but about average for the years since then (30-40), last year’s low of 11 being an anomaly. Green wing teal harvested is way up from a usual 30-40 per year; most killed in first split rice and marsh with only a few in 2nd split.

GoldDustQuackJunkie
Funkie Bunkie
I think I recognize that location and dog.
Reply

Darren Digby
wigeon
As a follow up, I also forgot to mention that this is the first year that I have not taken a wigeon since I began keeping a log in 2002. We normally get at least a couple per year with an all-time high during the 2005-2006 Katrina season when 35 were taken. Not sure what their deal is but I didn't see or hear one during a hunt; saw plenty of them while preseason scouting and had some in the pond while setting up in the dark.

Anyone else seeing a change in wigeon patterns? Either more of them to your area or less than usual?
Reply

gunrunner
Numbers
My crew took 249 Ducks & 17 Specks in a ricefield.
Great Season! Hope we get a repeat next season.
Reply

duckhunter7777
ducks
249? That isnt a whole lot unless u had one blind. I wanna get in a marsh club that kills 3000 a season with 15 guys thats some ducks. I shot 140 by myself on wma's and that isnt even much really. I wont ever get in a club that i dont kill at least 150 by myself a year period. Next year ill hunt salvador and manchac laa areas and ill kill 200 easy.
Reply

Barnes_53
duckhunter777
Duckhunter you're the best duck hunter in the world and one day we hope we can all be as good as you!

Proud Pop
Great Season
Sounds like you had fun this season. I like to see hunters with such passion. Good Job and good luck again next year.
Reply

sameolejeff
Duckhunter
Yea duckhunter is a definite meatball...this guy always make's retarded comments on this site. I'm not one to say much but this guy needs a life!! Lsuquackaddict..nice season, wouldn't matter how many you killed this moron would always do better than you, just ask him..haha
Reply

watts7
Duckhunter777
duckhunter7777 you can kill 200 pooldo or scalup next year in manchac or salvador because thats all those wma's have unless you catch them on a cold front but other than that anybody can shoot trash ducks!!
Reply

duckhunter7777
ducks
Anyway nice pics by the lake that is very awesome.
Reply

BeakBuster84
duck77777
Duck7777, you still on here making those crazy comments?? Come on buddy you need to take it easy and go fishing or something to take your mind off duck season. You got a long time till September, and I think it's a little to early to start scouting, even for you. I hope to be posting a good fishing report on Monday but if you decide to comment please, pretty please think before you type and keep the negative feedback to yourself, thanks Jason.
Reply 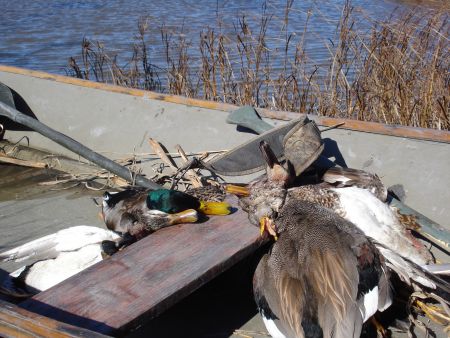 Guys, thanks for the comments, glad others had a good time this year too. Duckhunter777....not really about numbers man, I challenge you to get out and hunt with some new people next season and see some new places (outside of SE La) to hunt that our state has to offer. I've found it very rewarding and I'm fortunate to get some invites to some great places here and there. Sure no one likes to watch empty skies with a cold gun barrel but I'm not going to plan my season around a goal of numbers.

On another note; a couple buddies and I compiled our birds together this year and made our own duck sausage, mixed 50/50 with pork, 100 lbs in total. If you're one of those that really only enjoys eating ducks cooked a few different ways, the sausage is the way to go. We made jalepeno & cheese along with two cajun recipes and I've found some picky eaters to just devour the sausage on the grill. I'm sure there are some meat markets that will make it for you but it was cheap for us to make it ourselves, granted we had access to the machines. Good luck fishin guys
Reply

duckhunter7777
ducks
Yeah ya'll are right it isnt about the numbers just having a good time. Some of the best hunts just with your buddies being there.
Reply

Proud Pop
Duck Sausage
LSU, You are right, Duck sausage is a wonderful thing. Next time you make some try using deboned chicken leg quarters instead of pork. It makes an all poultry sausage and it may have been the best sausage I ever made. Lots of meat markets are now selling chicken sausage but the combo of wild duck breast and dark chicken meat was outstanding.
Reply

Darren Digby
sausage
Pop that sounds like a good idea; we'll have to keep that in mind for next year's batch because I surely do love some chicken sausage, particularly from Nunu's in Milton/Youngsville.

PS Worked yesterday on some levees in the Braithwaite area and it was loaded up with teal, kept me well distracted.
Reply

One Good Day and One Tough Day in Shell Beach
am 1248 for sale
Getting close for the spring!!
Review of Dexter Russell 7 in Fillet Knife
Gravely Zero Turn