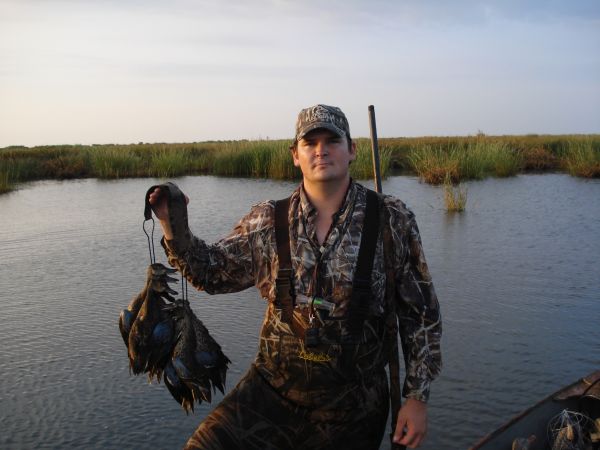 Wrapped up what was a great 2011 teal season yesterday with a fun hunt that was over far too quickly. Four of us had limits in hand in under 15 minutes and took our time picking up from there, taking in the show of birds against the glow on the horizon. The little front at end of last week looks to have recharged our bird supply making for two last days with plenty of limits taken. One observation I noted that others have similarly seen was the unusual number of green wings down here. Though things got off to an unusually slow start in SE La following Tropical Storm Lee, the hunting picked up shortly thereafter when the water got back to normal levels.
In total, my log shows 104 teal taken on 9 hunts (101 BW, 3 GW). Some days you had to work for them, shooting well with the chances presented, and some days you could have just thrown handfuls of rocks for limits. Great times with a lot of good friends. 'Till November......Go Tigers.
Reply