BIRD DOG
For all you black panther non-believers St.Tammany Parish Sheriffs Dept. has confirmed pics of black panther in Covington,La! Saw pics on the news just ten minutes ago and they want whoever sees it to call. I have seen them off Hwy.36 several times,both black and tan ones and nobody ever believed me so heres the proof!
Reply

225quackaddict
The pic and story aren't good enough to credit! Makes for a good story but I would have to see more proof. Looks exactly like a house cat and there's no way to tell how tall the grass is.
Reply

c payne
2 months ago i saw a pair of panthers cross I-12 near hwy 59 just after daylight and there was reports of them on dove park road for the past 2 years or so.There was no if ands or buts about what i saw they were only 60 yards away crossing the interstate.
Reply

225quackaddict
Not saying it isn't possible. To be exact they're called florida black panthers and are stories of them for as far back as you can find documentation. I'm just saying the pic I seen wasn't viable enough. Someone needs a real great picture.
Reply

House of Pain
Seen a BIG black panther in st. mary parish about 15 years ago in broad daylight. a man was cutting a large field off hwy.90 and had one small section left to cut. the cat was walking across the freshly cut field to enter the uncut section.
Had two buddy's in the truck w/ me and we all know what we saw.
Reply

BIRD HUNTER
I am suprised more dont show up on peoples game cameras at night. I think it is possible to have panthers down here but would like to see it for my own eyes.
Reply

BIRD HUNTER
Just looked at the abc news cast on this. Sorry there is no way that is a panther. Large house cat. HAHAHAHAHAHAHA No way!!!!
Reply 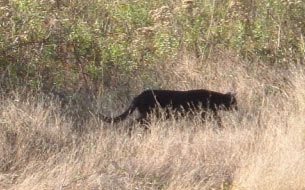 This is the pic posted on the WWLTV.com site.

Sure looks like a house cat to me.
Reply

bco155inf
just looked at the reort on there site they even say it looks to be a well fed house cat the tail and body not match to a larger size.i agree with the other post if they were hear someone would have hit with a car or found the remains or have pics on a game camera or killed one hunting . when someone gets a up close pic or one dead its like the honey island swamp monster and big foot another legand of yea i seen one lol happy hunting too all on the search lol still holds never been a documented black panther in north america mountain lions and panthers like the flordia yes they on camera and been killed in la
Reply

deltarider1
The Florida panther (Puma concolor coryi) is considered of historical occurrence in Louisiana. The historic range included eastern Texas or western Louisiana and the east lower Mississippi River Valley through the southeastern states (Arkansas, Louisiana, Mississippi, Alabama, Florida, Georgia, and parts of Tennessee and South Carolina). Even though numerous sighting reports continue to surface annually throughout its historic range, it is unlikely that viable populations of the Florida panther presently occur outside Florida. Each year the Louisiana Natural Heritage Program (LNHP) receives calls reporting puma sightings, most of these reports remain unconfirmed because of the lack of evidence.

If you believe you saw a cougar, check for the following:

•Tracks (below you will find drawings of tracks of cougars and other carnivore species that will help you to identify cougar's tracks). If possible, take a picture and/or make a cast of the track, and/or draw the track on a hard clear plastic with a permanent marker.
•Scats (collect the scats and keep them in a clean plastic bag)
•And remember that black panthers are not native to North America.
For more information on cougars, go to the Eastern Cougar Network website.

The mountain lion, cougar, panther or puma are names that all refer to the same animal. Their color ranges from lighter tan to brownish grey. The only species of big cats that occur as black are the jaguar and leopard. Jaguars are native to South America and leopards are native to Africa. Both species can occur as spotted or black, although in both cases the spotted variety is much more common. Although LDWF receives numerous calls about black panthers, there has never been a documented case of a black cougar anywhere in North America.

The vast majority of these reports received by LDWF cannot be verified due to the very nature of a sighting. Many of the calls are determined to be cases of mistaken identity, with dog tracks making up the majority of the evidence submitted by those reporting cougar sightings. Other animals commonly mistaken for cougars are bobcats and house cats, usually seen from a distance or in varying shades of light.

The recent sightingsof cougars in Louisiana are believed to be young animals dispersing from existing populations. An expanding population in Texas can produce dispersing individual cougars that move into suitable habitat in Louisiana. Young males are known to disperse from their birthplace and travel hundreds of miles seeking their own territories
Reply

JB
delta - The information you posted is WRONG!!!!! According to people on this site, there's a black panther behind every other tree...
Reply

JB
I KNOW THEY EXIST!!!!!! They tend to hang around with Leprechaun's and little green men from Jupiter. Me and my dad saw one 14 years ago. My uncle also saw one while cutting his cow pasture. My brother had one try to steal his car one time...
Reply

Curdog007
I think I see a flea collar
Reply

11 Point
As many have stated, there usually isn’t much credit given to people who claim to see panthers/cougars. I’ve reported sightings along with showing the tracks in Walker (twice) and in Wilkinson County Ms. To WLF and got the same ole crap (disbelief), however I know that I’ve had two sightings in Walker (2007 hunting season on the same tract of land) and one sighting on 10-19-2009 in Doloroso. Scary, eerie feeling and I personally do know care if people believe or not, I know what I saw and some of the members of my club believed after seeing the tracks. Fortunately the sighting in Doloroso didn’t last long enough for me to throw an arrow because I later found out it would have been a $250k fine. Since my sighting in Doloroso, 4 others have claimed to see the same type of animal with the same description and it damn sure wasn’t a house cat. People can say what they want, the cats are here.
Reply

JB
It's not the panther issue that people are debating. It's the BLACK PANTHER issue. How many times do biologists and people that dedicate their lives to these studies have to say that black panthers do not exist before people stop swearing up and down they've seen one?
Reply

YellowLab Owner
So the confirmed cougar sightings in Vernon and Bossier parish are different than a possible panther sighting. So were talking 2 different types of cats here?
Reply

Bucktail1
Yes, the confirmed cougar sightings from last year were from a tan cougar/panther...there is NO SUCH THING as a black panther. People, there is no animal species known as a black panther, it's been proven time and time again...there is a black jaguar/leopard, native to Latin America, Asia, and Africa, NOT the U.S....You chased one on a 3 wheeler but had to back down because you got too close? come on, seriously?
Reply

JB
Yellow - the sightings you mentioned were true. A panther/puma/mountain lion/cougar refer to the same animal, a large brown cat. That is not the issue. It's everyone saying they see BLACK ones when there is no such thing.
Reply

11 Point
You are correct, my sightings were not of BLACK cats. The two cats in Walker were a greyish color and the one in Doloroso was a buck skin color.
Reply

staker
Sorry to have to tell you but there are black, grey and brown cats. For what ever you want to call then cougars,mountain lions etc. I have seen all three colors in desoto and sabine parishes.
Reply

JB
Staker - then you really need to get proof because you have seen things that do not exist. You have discovered a new species, maybe they will name it after you
Reply

lonewolf7mm-08
To my knowledge, there are no Black Panthers.
The Florida Panther is the only possible species in the wild in Louisiana. 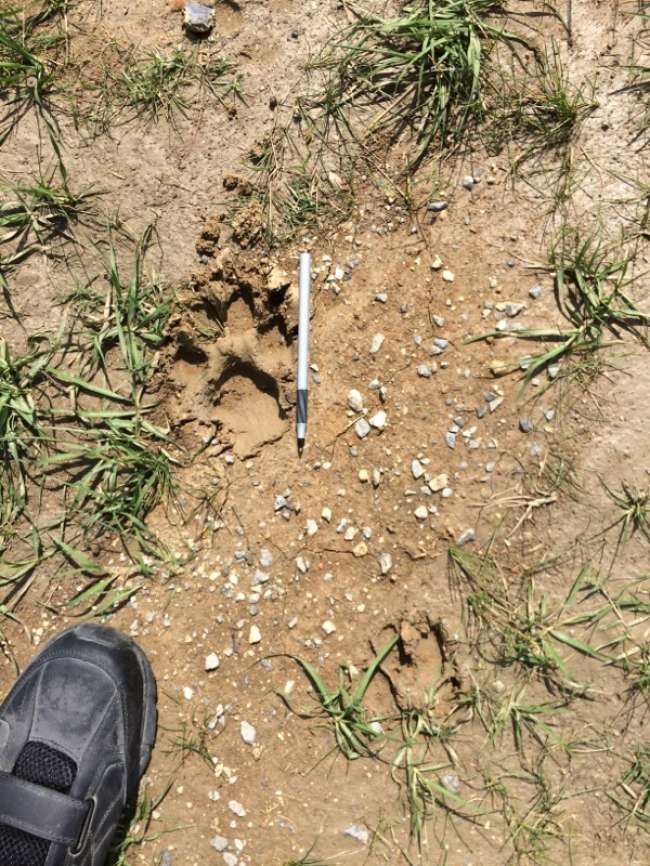 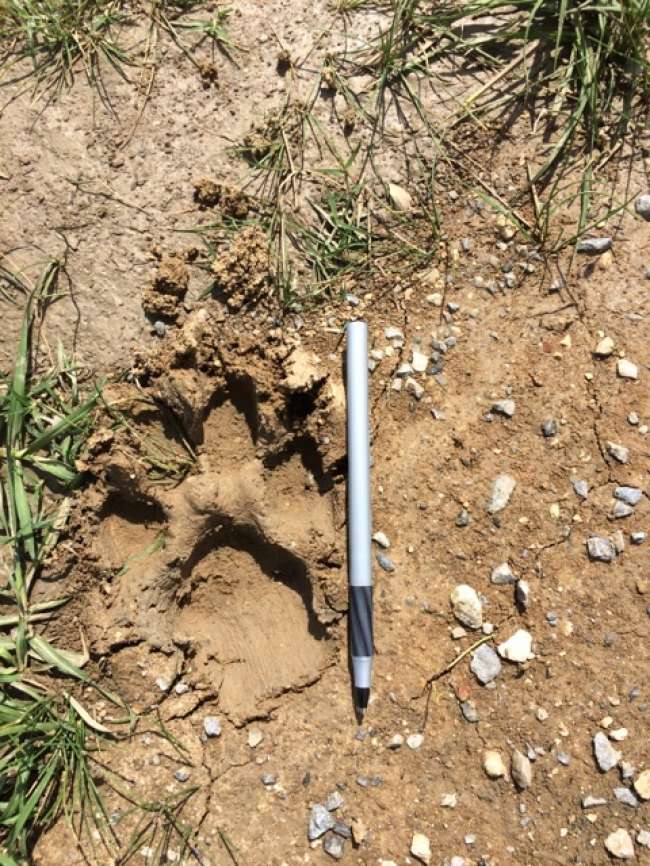 ELLA3015
There is panthers in Louisiana I have proof, it's a cover up by the government to hide them in our state. No pics but I have rock hard evidence on foot prints.
Reply 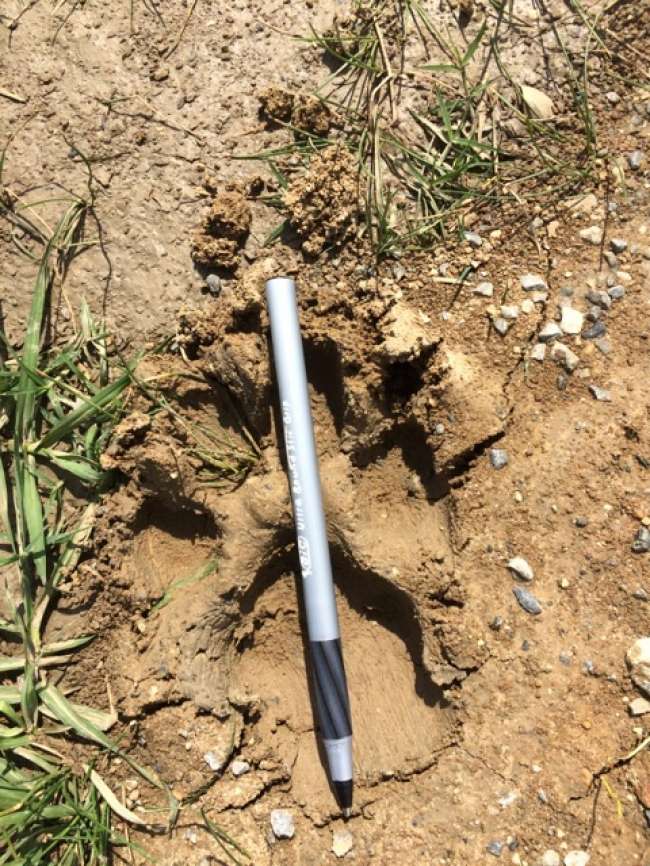 CarolynSisto
I lived in Morgan City around that time and saw it too late one night driving around with friends. It was near the Lake End Park on Fig St. , it was walking across the road when I witnessed it. Unfortunately my friends didnâ€™t see it and didnâ€™t believe me either.
Reply 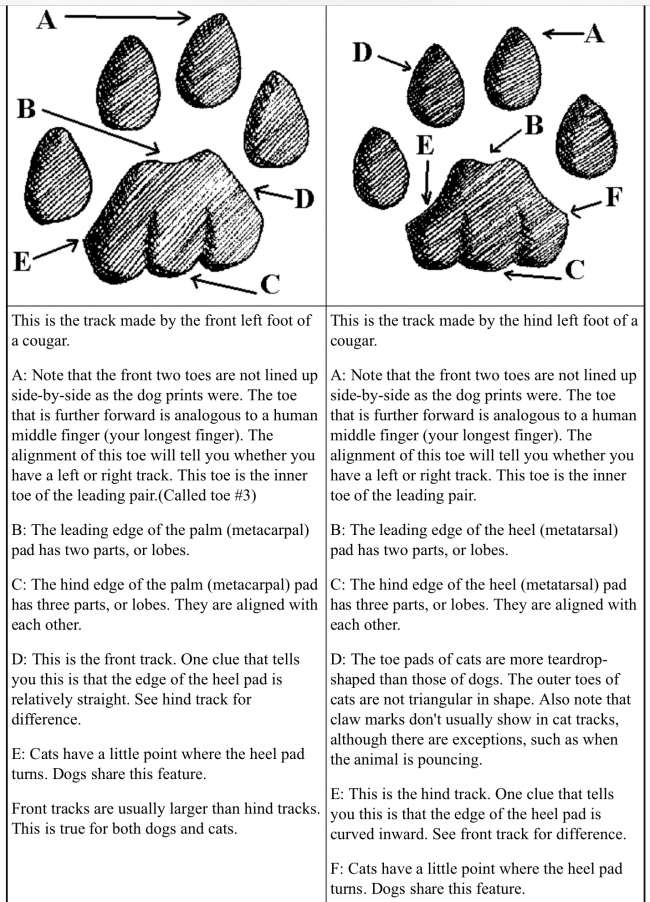 The photos above are canine....but, maybe they were simply sarcasm?. There really needs to be a sarcasm emoji.... 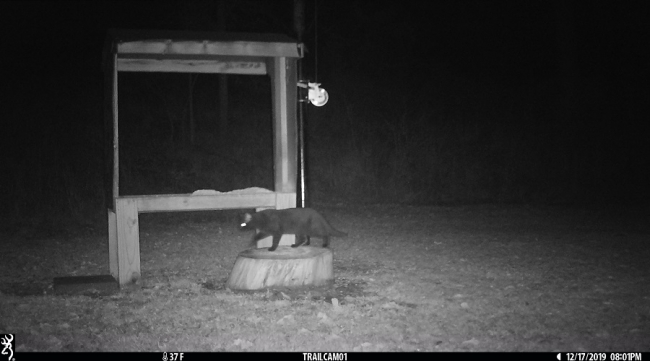 Finally got one on my trail camera!
Reply

JB
LETUMGROW - That is a huge stump and an even bigger feed trough to make that black panther look so small!
Reply