Todd Masson, Editor, Louisiana Sportsman
I'm at the March meeting of the Louisiana Wildlife and Fisheries Commission, and the regulations board just approved the use of the following calibers for the primitive-arms season:

Not recommended by the department nor approved by the commission was the .35 Whelen because of its high power. LDWF official Jimmy Anthony called it a 'long-range ballistic missile.'
Reply

cajunhopperv2
That is ignorant, imho.
Reply

Huckleberry
Primitive??? Hypocrisy and stupidity at its highest level.
Reply

hunt r
Ya'll seem to be confusing what a primitive weapon is. The accepted level of power to shoot deer is 1,000ft.lbs. of energy. All the approved weapons can only achieve this under 150yds., therefore limited range. .35Whelen shoots a modern high velocity hull and powder and has 3,500ft.lbs. of energy at 200yds. Can u not see a tremendous difference? Thats over 4 times the energy at 200 yds. of a .44magnum AT THE MUZZLE.
Reply

FJJ30
it's getting out of hand. i thought when they started allowing the use of in-lines was pushing it. i've hunted with mine many times, never have take anything yet, but i can understand how it's better, more accuracy for a cleaner kill. The .45-70 just pushed it to far. Now more calibers. With this, why even have a primitive season? Why not just have an archery season and a use whatever you want season?
Reply

bullbowfin
You are all confusing what a 'primitive' weapon is. It's anything that generates a license sale.
Reply

hunt r
The type of weapon used has no more affect on healthy deer herds than coyotes do. Every time one of these subjects comes up, the answer is always the same. If u saw deer all the time and everybody could kill their limit, u wouldnt care what weapon was used or how many predators killed.
Reply

hunt r
So would anyone like to explain whats wrong with the lwf selling more licenses or gun makers selling more guns? Huckleberry, would u mind making a list of the hunting methods and seasons that ok with u for people to do, then we could just ban all the rest as well as free speech as ya'll suggested before. While ur at it how about a list of weapons that u approve of.
Reply

In Louisiana a tag system is used to control the overall harvest.

That being the case, I believe there should be one 'deer season' in which every hunter could use his weapon(s) of choice at any time during the season - be that bow, crossbow, handgun, shotgun, cartridge rifle, or muzzle loader. No 'special seasons' of any kind.

Those special seasons all came into being by pressure from special interest groups and have gotten totally out of hand. As far as WL&F income from those special licenses goes, just calculate the money generated by annual sales of bow and primitive licenses and adjust the deer tag fee accordingly.
Reply

Chris Holmes , Louisiana Sportsman Field Reporter
Huck, that sounds good, but it's not as easy as that. Yes, each individual hunter is regulated by tags, but the total deer killed in a year is not calculated assuming each hunter will fill all of their tags.

Archery and now to a lesser extent the primitive weapons users are generally not as successful as hunters using modern rifles. To open an all season, any weapon, would likely increase the overall use of modern rifles and thereby cause the number of tags issued to go down.

I agree that the broad range of rifles being clasified as primitive is really stretching things. However, modern compound bows are also much more effecient than their old-time stick and string counterparts. The same with crossbows.

Certainly the special seasons drive special interest and are supported by the individual product manufacturers.

I have no doubt that if an any weapon season were implemented, the use of all weapons other than modern rifles would decrease.
Reply

Huckleberry
I can't disagree with anything you said Chris. But harvest could be controlled by adjusting the number of tags per license.
Reply

hunt r
When the 'special interest' groups lobbied for bow season, there were no compounds, when the 'special interest' groups lobbied for primitive weapons, it was blackpowder muzzleloaders with open sights. These seasons and methods only accounted for about 5% of total kill each year. I would bet this has changed drasticaly, but no one seems to think this is a problem. Also these seasons were set to help control the deer because people back then refused to shoot a doe but would with a bow or muzzlekoader.Also all these seasons and the early youth hunts are killing the bucks before the rut like never before so most does are not getting bred. People will recognize these problrms in a few years, but its already too late.
Reply

hunt r
The state of virginia did a study and found most hunters did not kill more than 2 deer no matter the limit, so they liberalized their seasons so u can kill up to 157 deer in one season. This lets the people that will kill them to keep the numbers down.
Reply 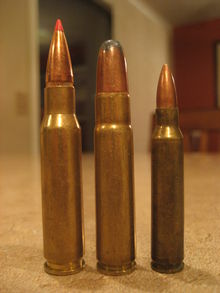 Mike Guerin, Louisiana Sportsman Field Reporter
Well maybe not just me, as a lot of people feel the way I do. I like things simple uncomplicated and things that make sense. Here is how I believe it should go.

And here is what would constitute a legal weapon during each season.

Frogman
which one will be good for a young boy to shot.
Reply

fallen_oak
they really need to re-name this special season
Reply

Either way, it is in no way 'primitive.'
Reply

wait,wait.....CUTem
Does anyone know the law and rules on shooting deer with a pistol? Is there a certain season or caliber requirement because I would to take a deer with my old Blackhawk .357!
Reply