bahduhbing42
Hurricane Katrina destroyed the land near Canaervon. the land was there before the storm and gone shortly after which is proof in and of itself. The lane crew, commercial fisherman and his web site are looking to protect the almighty $$ in advertising from fishing guides and advertising at the expense of the Master Plan. Sediment Diversion and Dredging are the only solutions to saving the marsh. The fact that the other site will delete your post if you disagree is a perfect example of how they want to PUSH A PERSONAL AGENDA.

Mike L and George R know as much about coastal restoration as they know about building on the moon.
Reply 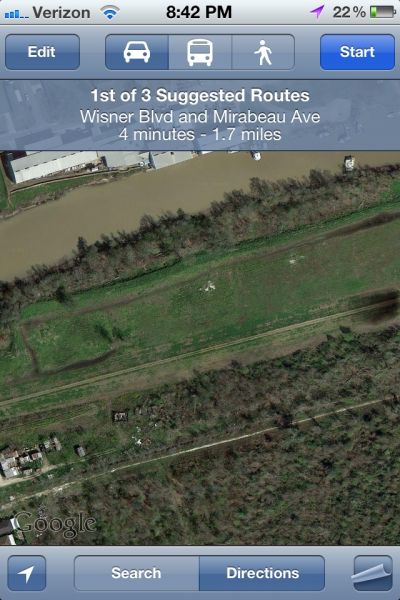 The pic is nice green space of what the violet diversion has created all the sediment goes about 500 yards and has to be dredged about every 4 years with tax money , the diversion has be on for at least 20 years an if it has created any land I would like to see it don't think diversions are the answer
Reply

Chris Holmes , Louisiana Sportsman Field Reporter
Just to be factual. The Violet siphon was a small freshwater diversion and not a sediment diversion. Violet hasn't been officially operated for many years, however, it does still leak river water. It was never intended to divert sediment or build land.

tonyspark
We are thankful to experience less hurricane lately. But still have to keep vigilant all the time.

marosol
This type of message always inspiring and I prefer to read quality content, so happy to find good place to many here in the post, the writing is just great, thanks for the post.
- about us
Reply