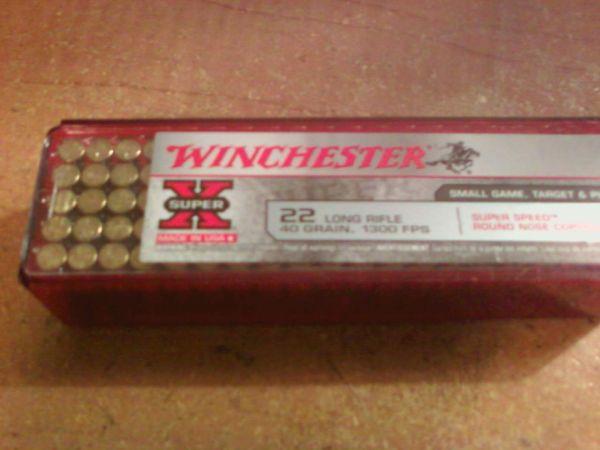 I do alot of Squirrel hunting w/my 22lr mossberg Plinkster w/4x40 scope. I have some Ammo i had before they got stupid on Ammo i have since not been able to find any local Walmart eaither gets it in&sells out b4 i can get any any help will be helpful
Reply

CaptJS
If you want to sell something just tell the public that they can have it. The order day tried to purchase some and a guy tells me he is also looking for some. Said he had about 2000 rounds and will try to buy more guess he wants 10K Understand they are buying them at the retail stores and selling them on line for a big profit.
Reply

Lamplighter
I have been seeing some quite regularly at Academy in Covington, LA. The 2 box limit is still in effect. Most times, if the brand is of my liking, I get my 2 boxes.

I saw about 4 boxes of .22 Magnum at Wal Mart in Covington about 2 weeks ago. I bought one box. The cashier said ' you don't want them all ? '

I said no, just one. Leave some for the next guy. I bought one box. For my Single Six 9 inch barrel. Theres always that poor guy who is stuck offshore or late at work, has no time to chase ammo. He wants to take his son squirrel hunting and hopes theres some left on the shelf when he finally gets off work. Think about them.

The best thing you can do is NOT buy from the unemployed ammo chasers. If they can stage outside academy at 6 am every morning, they can get up and go look for a job.
Reply