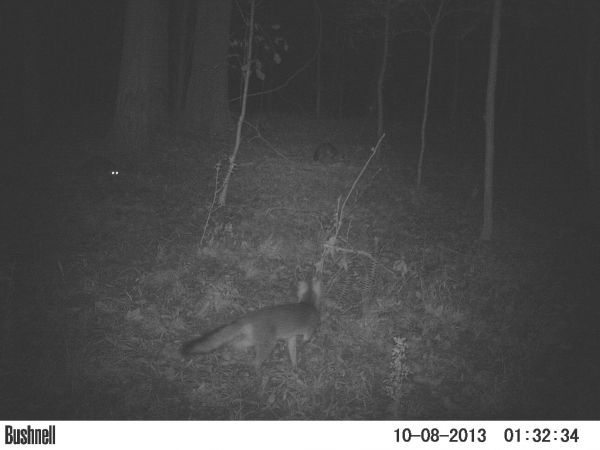 Went deer hunting today and I didn't kill anything but it was good just being out there and seeing deer. Most of them running as I scared up quite a few while moving around doing work that should have been done last spring.

But it was a decent hunt and I saw something I have never seen before. I was walking out from my morning stand a bit early (9am) so I could do some work. As I walk out I hear something falling out of a tree. Sounded like a huge limb at first for some reason but as it fell I could see it was about the size of your fist.

Why I marked never took my eyes off of it as it landed (looked like a rotten piece of tree with no bark I don't know. And why I walked over to it (it is just a chunk of wood) I don't know. But I am glad I did.

What fell from the very top of a very tall ratty tree was nothing other than the old weathered shell of a box turtle! Bleached pretty good. Wierd. I guess a hawk left it up there at least a year or two ago.

Saw a racoon, deer, squirrels and a live box turtle. Not bad.

But also I got to see some trail came pics for the first time in a while. Lots of deer and only one buck. But I got his pic multiple times. All at night of course. It isn't a wall hanger. Just a young eight point. But narry a nother buck... not even a spike! At least I don't think so. Some of his pics weren't real clear and could have been a similar size buck but I doubt it.

Also got move pictures of foxes than I have in almost a whole decade of trail came pics.
Reply