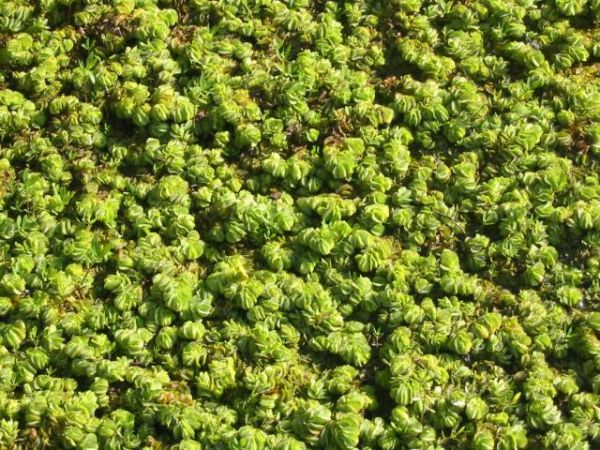 I am sure that everyone has noticed that salvinia is continuing to spread and people are out spraying it to get it under control. When i was hunting the maurepas swamp, we would spray it also and found out that, if it is sprayed too early (October), it will come back and be just as thick as if you didn't spray it. We would always wait until mid to late November (temps. are colder) to spray it and it would not come back until the next year.
Reply

swamp-fox
I've heard of people spraying it but never asked what exactly is used. I assume it's not RoundUp. Is there a certain brand/type you prefer?
Reply

Mike Guerin, Louisiana Sportsman Field Reporter
This garbage is getting way out of control. It is so thick it is keeping the duck out of entire areas. And even if you clear you shooting spots out there still aren't any ducks in the area to utilize the few open spots that you cleared.

Need to develop some sort of market for this stuff. Mulch are whatever. Doesn't look good for South Louisiana swamps!
Reply

Marshrat
10 PPM or more of saltwater is the best thing to kill it. I know most people don't want brackish water in their marshes but this is the cheapest way to control it and it is all natural.

Secret Formula
What works best is 'Reward'. It's a contact killer made up of Diquat, Glyphosate and surfactant all in one, but it's expensive. The next best product is 'Rodeo'. Its a systemic killer made of 53.8% Glyphosate salt and should have 15% surfactant 0f 80% active ingredient added to the mixture. It takes longer to work, and it has to remain on the plant for 6 hours undisturbed but it's not too terribly expensive. Plus there no worry about contact when using the straight glyphosate. Temperatures below 43 degrees for 3 continuous hours also kills it, but who knows when that will happen in south Louisiana. Salinity of 7 PPT or greater for a period of 6 days continuous also kills it. It's a bitch. In a battle with it for the first time on our 3,000 acre lease in Lafitte. It's a bitch
Reply

bonitaboy
cover it all with a blanket or tarp or something and the sun wont hit it and it will die.
Reply

bgc563
Contact your local LSU AgCenter and ask them about salvinia weevils.
Reply

Secret Formula
The weevils will work but it takes about 3 years to raise a large enough colony of them to keep pace with the salvinia when it's in the rapid growth mode.
Reply