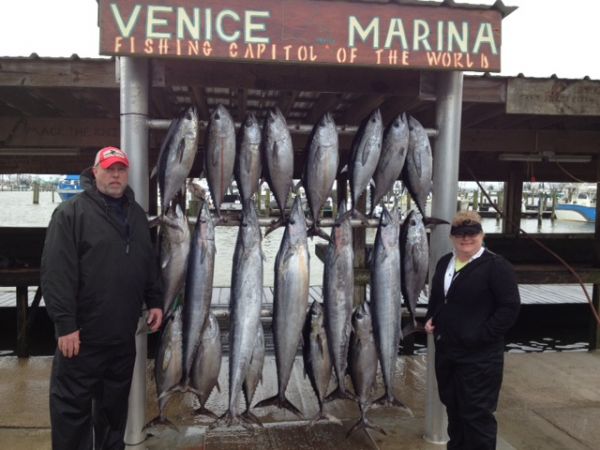 Quick report. Had Janet and Mike from Idaho on board the Triple Threat. Yep, all the way from Idaho. Janet had set up the trip of inshore fishing, offshore fishing and lodging at Saltgrass as a birthday present to her husband. Unfortunately the weather was not the greatest so we opted to stay 'fairly close'. The decision was a good one as Wade and I had two exhausted fishermen after the 8th jumbo blackfin came on board. After catching 15 blackfin and feeding an estimated 400lb mako they said they had enough. The only request Mike had left was to pull for wahoo. Great decision. 5 wahoo later and they really did say it was time to go. Thanks guys for a great trip. Blacks were all caught with chunks and the wahoo fell for X-raps and Bombers. Josh and I still have plenty of openings!