MOUNTAIN HOME, Ark. (July 29, 2014) - Inshore anglers from across Louisiana and surrounding regions will meet at Lafitte, Louisiana on August 2-3rd, 2014, for the second of two 2014 Louisiana Division events of the IFA Redfish Tour Presented by Cabela's and IFA Kayak Fishing Tour Presented by Hobie Fishing.

The IFA Redfish Tour Presented by Cabela's will begin its activities on Friday August 1st, with tournament registration at The Team Lafitte Marina (at CM Fuel Dock Complex) from 5-7 p.m. followed by the captain's meeting. Anglers will launch from the marina at safe light on Saturday, August 2nd. Check-in times will be assigned at Friday's captain's meeting with anglers returning to the marina for the weigh-in.

Competitors in the IFA Kayak Fishing Tour Presented by Hobie Fishing will have registration from 6-7 p.m. with Captain's meeting to follow on Saturday, August 2nd, at The Team Lafitte Marina. Anglers will launch Sunday, August 3rd, from the location of their choice within boundary waters, with the weigh-in set to be at The Team Lafitte Marina. Check in times will be announced at Saturday's captain's meeting.

Continuing to draw inshore anglers from Texas to the Carolinas, both IFA Redfish Tours include five different divisions, each with a two-event regular season. With budget-friendly entry fees, the two tours offer opportunities to compete close to home while keeping anglers' expenses to a minimum.

For more information or to become a member of the IFA, visitwww.ifatours.com. To discover more about kayaking and Hobie Fishing go to www.hobiefishing.com.

CaptJS
Knew something was up 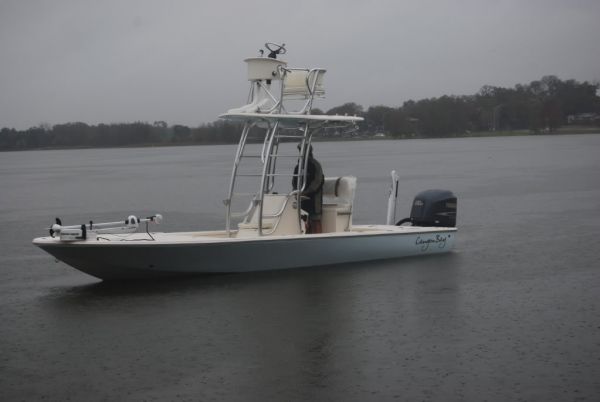 Last week was fishing in a duck pond and saw a oil rig coming down the canal. As I got closer was not a oil rig but a Ranger Bay boat with a tower that was up about a mile. The fisherman was working his trolling motor with a remote and believe me he went across a flat with weeds and mud that a outboard could not go. I looked at the Ipilot but did not like the way you had to pick it up and the way it hung over the bow. For his guy this was a perfect set up. Not a big red fish guy but if I was this is how I would go glad I don't have to fish against this rig. PS Been fishing for over 60years and again the trolling motor is the best thing that has come along in those 60years by far. When you can sit in a lazy boy chair in your boat and run a trolling motor you can fish forever. And they say the good olds days lol.
Reply