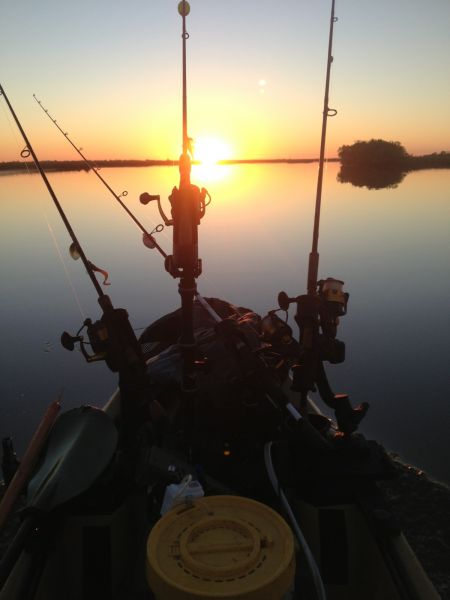 Went Wednesday, and water was low and clearest it has been in a while. This time of the year makes the biggest difference if you have the ability to stand up. I was able to spot reds left and right and even throw a spinner at a sheep head and he it, (Normally this never happens unless its dead shrimp). The drum was caught in deep water on dead shrimp. The reds just wanted something gold.

I was going down a cut and looked under my KC and saw this red just sitting there on his side. I thought it was dead so I scooped it up in the net. Right when the net touched it, it jumped a foot into the air. It was a right at 22”. At the time, I already had my limit so I let it go and I felt that would be cheating. I did not see any cuts, worms or parasitic growth on it. It looked perfectly fine. Has anyone ever seen this before, was it sleeping or stunned? Who knows, but I have never just caught a red in a net. If you have any insight on this please let me know!
Reply