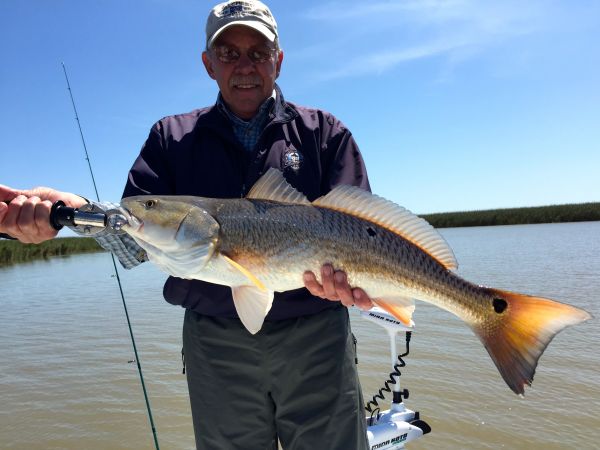 The inshore fishing for Redfish has been excellent. Most days have been starting out on the slow side but as the day gets later it has been getting better and better. High tide has been in the morning hours and low tide in the early to late afternoon. We usually do better with a falling tide most days so that has been the norm. The exception was yesterday, the fish bit all morning long with a rising tide and it was non-stop. We caught a mix of fish in all size ranges. The majority were Rat Reds in the 16-20 inch range, followed by medium size (21-26 inches) and we had a few bulls in the 27+ inch range. The other fish were flounder, drum, and sheepshead. The bull reds are outside along the beaches but we have had some windy days so it has been tough to get out in open water. The trout will be moving in as well as the temperatures start to warm up. Spring is in my opinion the best time of the year to fish inshore out Venice. The fishing is usually at its best and the temperatures outside are as nice as it gets in South La. We have open days in April and May so if you want to fish for Reds and Trout inshore and hit some Tuna and Wahoo offshore. We can definitely get you out after a mix of species.