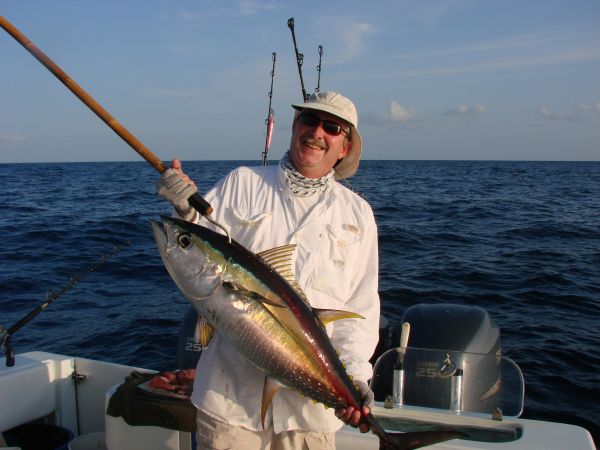 To make a long story short it will be the highlight of my summer and something my lackluster memory won't forget!

Now the long story. It started about 5 years ago. Me and a few rabble rousers from work planned a trip to go Tuna fishing. One or two of them dropped out and the plan was killed. Hey with prices like they are for a trip like this I couldn’t afford to eat the extra cost. And then a couple of summer’s ago I had a buddy with a big boat that was supposed to take a bunch of people. I took vacation days, freshened up all my offshore gear and bought a bunch of tackle only to have the trip cancelled at the 23rd hour. Why not try again.

After a little web search I thought Fish Venice charters would be a good choice. Most people raved about Captain Eddie Burger and crew. The web is like a box of chocolates, but it was the best information I had, so I went with it.

I got six people together and scheduled an overnighter. The point of this trip could best be defined as a meat haul! Time seemed to grow longer as the trip got closer, but isn’t that the way it goes. I think the anticipation of this trip was almost as fun as the trip itself. Go figure.

We met at the Venice dock at high noon. It was actually nice in that part of the neighborhood. A nice cool breeze was blowing off of the gulf, and if I had to guess it was quite a bit south of 90 degrees. The guide told me to look for a 36’ blue contender, and we really couldn’t miss “Muy Loco”.

From the minute I got in the boat I could tell this boat was rigged for nothing but fishing. The inside was was straight fishing room. The deck didn’t take up more than 2’, so the front was practically wide open to fish from. The front was also flared out to give optimum fishing room and the console was centered perfectly to give plenty of fishing room in the back. There were two about 30-40 gallon live wells in the back and a hellacious ice box in the front. This boat fit 8 comfortable and fished six just fine. When the first crew boat came by and threw a big wake the contender beat the oncoming waves right down. And when we hit the pass the waves were hardly noteworthy. It was smooth sailing.

On the way to the rig we started passing through broken grass pads and I commenced to flipping out, ewwing and ahhing, jumping like a kid and telling all my childhood stories about chicken dolphin, man eating tripletail and boat sinking ling. The guide probably wanted to throw me in the water, but instead he entertained me and pulled off to one of the pads and the deckhand starting trying to catch “tuna crack” on sabatchi rigs. 4-6” hardtail jacks. He didn’t have to say anything as we pulled up to the grass pad. I whipped out my curado with a white doa shrimp and started casting. On the second cast a chicken dolphin came from right underneath a nearby pad and pounded the shrimp. And he had buddies!!! They were swimming around the boat, pectoral fins illuminated electric blue. Ready to be caught. Man those fish are beautiful. From then on it was a blur, my hands got bloody and my shirt full of slime as I feverishly caught and threw the flipping critters into the ice chest. I couldn’t even keep the shrimp on the hook straight, but it didn’t matter. I would just thrash the water with it and bang! In the middle of the melee the guide wanted to leave to catch tuna because that is what we said we wanted to catch……So we did. I can’t believe we left the dolphin swimming….Dolphin is “Duck enticer crack”. Onto the rigs.

The water had a deep clear blue to it when we pulled up to an undisclosed rig and started marking tuna. Big red dots on the depthfinder. The first thing we tried was live bait. Nothing. Then was chumming. Nothing. For 2-3 hours we labored in vain. Onto the next rig!

As we arrived the guide threw back a couple of living baits and immediately one of the reels went in to screech mode. One of the guys took the rod and fought the fish for about 10 minutes before the hook pulled (Insert barf noise). That kind of put a damper on the mood as we had been fishing for a while with no sight of a tuna. That changed quick though. Back out with living things and another quick hit on a reel. After a 10-15 minute fight up came a beautiful 30-35 lb. yellowfin tuna. Those fish are gorgeous with the beautiful shape of an American football and the colors to make grownups gawk. We stared at the fish a while before it was put into the ice chest. We caught a few more and choreographed all kind of crazy pictures. Hey, We’re sports after all. What else to say?

The night was awesome and I could write an entire story about it. Basically blackfin had us bowed up all night. We caught them on the ugliest looking spoons that I have ever seen. Freespool the roided up spinning tackle 25 seconds and start jerking on the rod like you’re trying to pull start a 1970 18 hp Johnson Outboard. I’m talking Solid 8 oz., 8 inch long morbid color schemed. spoons The uglier the better. We caught 8-20 lber’s all night. I started to get loopy later on the morning. I felt like I was an alien visiting from the planet zyklon after sleep deprivation hit; and so did most. But the guide stayed hard after it for us. Awesome captain and deckhand. He kept putting us on fish even though we were had. We made it to the morning.

As the morning sun arrived, a breath taking one at that, so did the marlin fisherman and the tuna. It was the who’s who of sportfishers on the water. 40-70 footers were sprawled around us creating quite a show. Not long after the show stopping sunrise the tuna began to breakwater all around us and we pursued them with jigs, plugs, live baits, and chum. Nada, zilch, nothing. They refused to eat and irritated all of us. Finally we drove right into the middle of a school and threw a live bait out the back of the boat. I was chunking a plug hoping to foul hook one of the stinkers when the bow line starting screaming and didn’t stop. We were about 350 yards from the rig when the fish hit. And it was solid. By the time the captain fired up the motors the fish was nearly in the rig. He had run off about 250 yards of line and wasn’t stopping. We screwed the drag down, drove up right on him and really started to pull him back. After about 5-10 minutes of break even the fish went deep and we were clear to reel him in. Holy cow! 3 of us worked in 5 minute increments until we saw him. The beast was a yellowfin of 100 lb. caliber. Circle after circle after circle the fish made until finally we double gaffed the brute and brute and brought it aboard. Tuna for everyone!!!!

I was whipped like cream at this time and after all the crazy pictures we took of the big tuna it was time to go in and hit the snappa’s! We pulled up to a rig and let the blackfin tuna chunks (I can’t believe they used our blackfin for bait) down 30 seconds. My sister hooked the first one and barely could pull it up. She fought it for 5 minutes and up came a nice 8 lb snapper. And that was the smallest one! It was my turn next and after I finally let a fish eat the bait I pulled a 12 lber up. There were 6 of us and we caught 12. Aided with an electric reel we made it happen quick. I’ve been fishing snapper a while, but have never caught solid 11-13 pound school size snapper, 8-10 yes, but bigger no way!

We were toast but I couldn’t sleep on the way in or the drive back. My clothes were like heavy starch from swimming in the gulf earlier and I stunk like rotten sardines… Every inch of my body had marine life on it and I felt as though I was in a living animated cartoon (sleep deprivation). We took gratuitous hero shots at the dock and abruptly departed. I had a great time and God blessed us all immensely on this trip. Thank you captain Justin Gause n’ company.
Reply

Iceman
Capt Justin
Capt Justin will no doubt put you on the fish. I had a great trip with him as well this year. I had a couple of inexperienced guys in my group, and he was very patient with those guys. Geaux Fish Outfitters is definitely a first class operation. Solid boat, quality tackle and gear, solid captain.
Reply 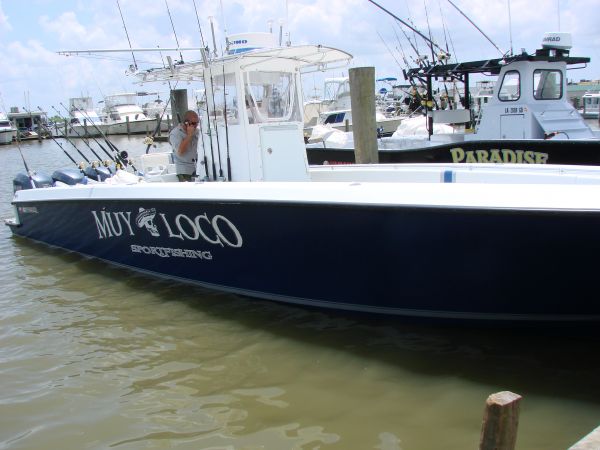 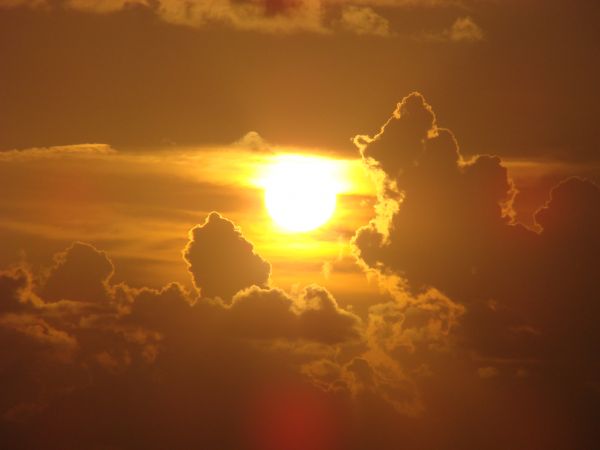 onewhobringsmuch
Re: Climax of the 2015 summer!
Great story and photos. Thanks for sharing
Reply