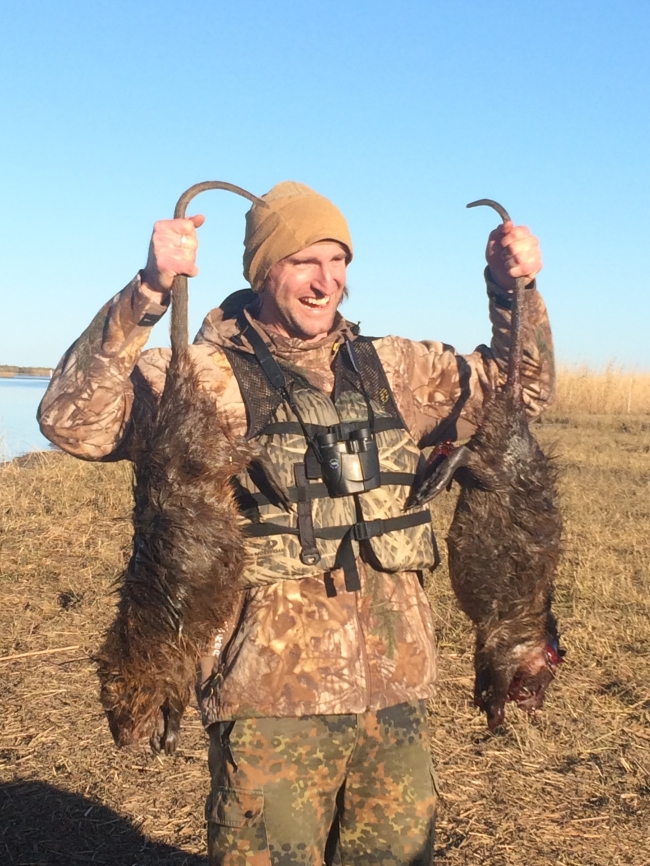 Feb 11
Mr. Peter and his son still had an itch at the end of duck season to make a hunt. It was a nutria/hog hunt that they chose. We started out with the smaller .22 rifles executing some giant rats ranging from 5 to 25lbs. Idling down narrow canals we would spot the nutria either on the banks close to the waters edge or swimming along the banks. When they had their fill on the nutria we moved on to the hogs. As we were in route to the area where we expected to find the pigs we were able to jump 6 and harvest one. A great experience for a father and son to share!!!

Night hunts are now available for the Nutria!!!!
Call for more details to book your Nutria Excursion!!!!!