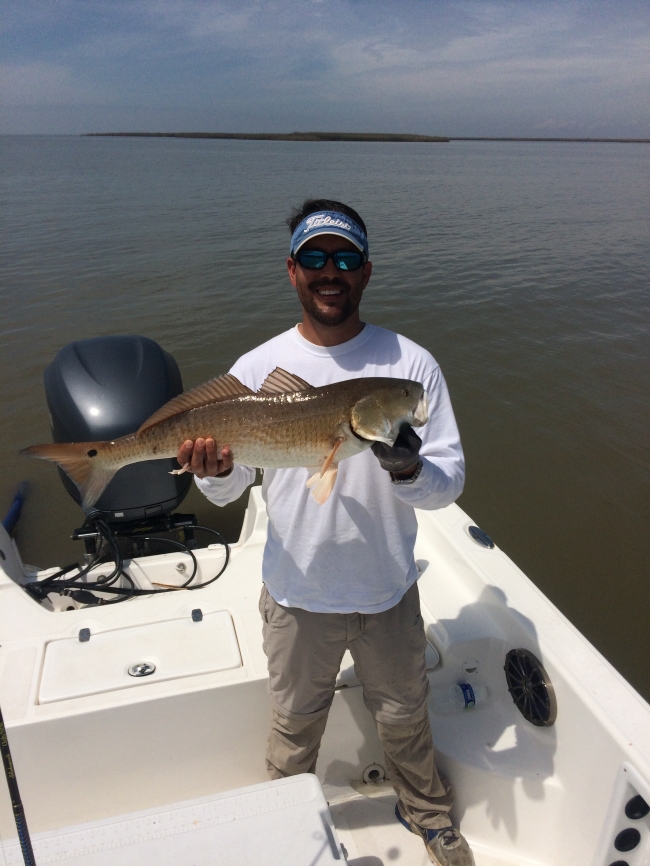 April 6
Mr. Rob and his 2 workers out of Nashville, Tn. headed to Venice to try their luck on a meat haul and that's exactly what they received.....after a day of tuna fishing they said they didn't expect the inshore to be too exciting but they were wrong.... it took nearly 15 minutes to land the full limit of red snapper....these fish were literally 10-15 ft below the surface.....we then headed to some shallow water rigs to target bull reds and sheepshead.....after 45 mins of none stop catching I had to shut them down....we had close to 200 lbs and a jack crevelle.....we then head to some shallow bays to finish off the day targeting reds....unfortunately they had to be in around 2:00 to catch a plane so we landed 4 nice reds and left them biting..... With close to forty pounds of fillets to add to their tuna catch they were stuck trying to figure out how they would get their catch home.....it was a great day with great customers who will definitely be returning.....they are planning to return for a duck hunting trip this coming season!!!
Reply