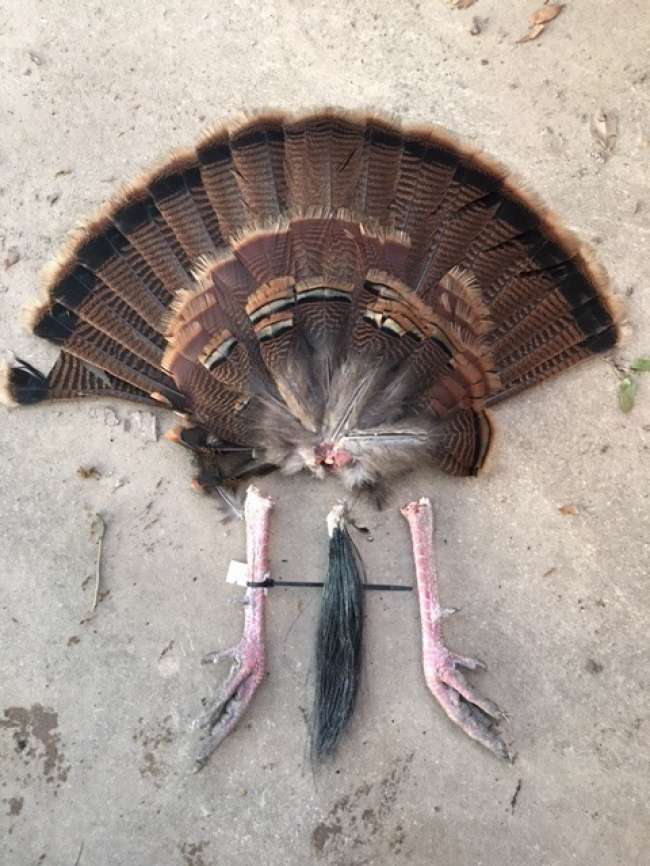 This past weekend I made my 3rd and final trip to Texas for this year?s spring turkey season. I have made three weekends in a row to Texas and put a lot of miles on my truck but called in a lot of gobblers!

This trip I would be hunting a ranch in Zavala County near Crystal City, Texas. The owners of this ranch let me come down every year both during the deer season and turkey season and shoot a few deer, hogs and turkeys. For the last 4 years in a row I have taken my turkey the first day that I arrive and hunt the ranch. So this year I had some pressure on me to keep that streak alive. Leaving Baton Rouge at 3:30am and driving hard I picked up my close friend near San Antonio and arrived at the ranch around 2:00pm. After unpacking at camp we headed into the ranch only to find most of the roads were flooded by a 3 inch rain that had fallen the day before. So we had to come up with another game plan to figure out where and how we would hunt. Looking at a map of the ranch we made our way down a pipeline that was overgrown and finally got to a point where we were close to the area I have always hunted. We did have a long walk but I was confident that once I got in the area I could get a gobbler fired up pretty fast. I walked up to and old cow pasture that runs along a nice creek bottom that I have always seen and heard turkey before. I was amazed at how much vegetation had grown up down there from such a wet spring. The field I normally hunt was chest high in weeds and the mosquitos were horrible! You never expect that in south Texas. I had to end up setting up on the road that led into the field as there was no way I could see a turkey in the field or the turkeys see my decoy.

The road had been well traveled by the rancher so the weeds were pretty much knocked down. So I set out my decoy in the middle of the road that passes along the pasture. I backed into some tall grass about 30 yards away and setup there. It was 5:45pm when I sat down and started some soft calls. My buddy who rode down with me decided to sit in one of the deer blinds and try his luck at some hogs while I turkey hunted.

It was miserably hot and the mosquitos were horrible. I was calling every 10-15 minutes without hearing anything. After close to an hour I stood up to stretch and text my buddy to see if he was seeing anything. I eased out and looked down the road in both directions and nothing. I was thinking that my killing streak was going to come to an end today. I sat back down sprayed more mosquito dope on me and made a series of calls again. This time I heard a gobbler answer me in the distance. He seemed to be about 300 yards or so away. I quickly made another call and he responded again, but this time it sounded like two gobblers. My heart started pumping and I knew I was getting ready to have some action coming my way! I waited a few minutes and made another yelp with my mouth call. When they gobbled this time it was so loud it freaked me out. They were on a dead run in my direction. I figured they were less than 50 yards from my location. I snapped my safety off and pointed my shotgun towards my decoy in the road. I just knew they would be on top of my decoy any second. What seemed like an eternity went by (only about one minute) and nothing. I started thinking that something must have spooked them. The grass was so tall I only had a window directly in front of me at my decoy. I let out a very soft yelp and cluck and sat tight. All of a sudden I hear them drumming to my left and only several feet away. I slowly turned my head and could only see parts of turkeys in the road through the tall grass. It was two gobblers and they were in full strut and less than 20 feet from my location. They were so close I could hear them hissing and drumming which I have only heard a few other times in my life of turkey hunting. Something made them gobble again and being that close I thought my hat was blown off of my head! My heart was coming out of my chest and thinking they are just too close! I still had my gun pointed towards the decoy and they were ever so slowly working their way down the road to the decoy. They both looked to be the same size and had about the same length beard. As soon as the first one came into the tight opening in front of me I let out a cluck with my mouth call. He raised his head and BOOM I let him have a full load of Winchester #6 3 1/2' magnum turkey load from my Browning Gold 12 gage. He was only 12 steps away and I cut him a flip. He was flopping around and the other gobbler took off running. I walked up to my gobbler and he had a 10 1/2' inch beard with 1' spurs. I was so pumped up as this made 5 years straight taking a gobbler from this ranch on the first day of my hunt each year.

It was awesome to close out my turkey season with such an exciting close up and personal hunt with a big mature gobbler. I spent the rest of the weekend with my buddy shooting hogs and listening to other gobblers. I took some neat video footage and will post soon on my channel on YouTube under 'LETUMGROW'. I hope you had a chance to enjoy some springtime turkey hunting this season and to just be in the woods this time of year is so awesome.
Reply 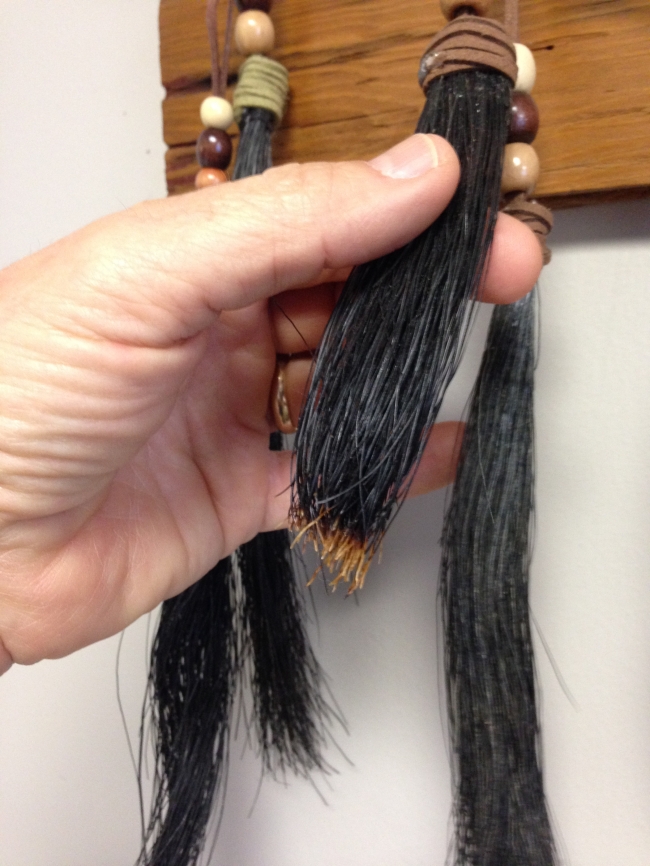 Chris, the gobbler that you passed in your video has 'Turkey Beard Rot'. I have killed a few like that but only in Texas. I've seen it in the early stages on a few birds but it can be more pronounced than the one in your video. It usually looks like someone burned the ends of the beard. When it starts, it likes like the beard is ringed with something and a few strands are left sticking out of the middle. I can see that in your video. Keep up the good work on those turkeys! Hope your season is just as good next year.
Reply