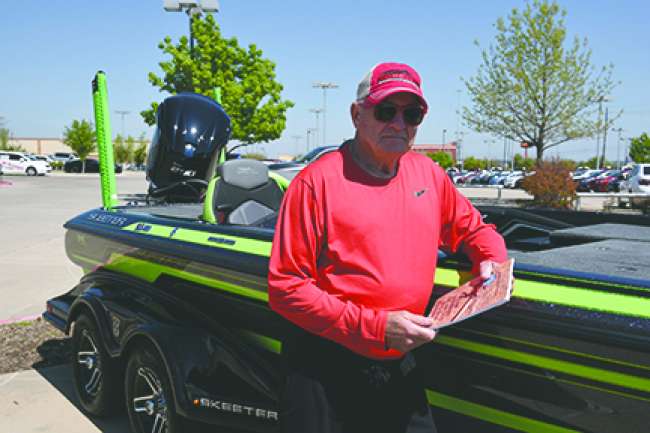 Ken Addington who is a really good big bass fisherman held a luncheon at Bass Pro Shops Uncle Bucks last Friday in Grapevine Texas in my honor of 'Have lunch with a Big Bass Fishing Legend' At the luncheon I was asked to tell the story of the Louisiana Outlaws Chapter in my new book 'The Journey of an Old Big Bass Fisherman'.
I told the story in it's entirety of how 36 years ago in May 1980 The Battle of the Lakes Big Bass Tournament based out of Longview TX was held and one of the cheaters won the tournament with a bass that had been purchased from Florida. Several of the cheaters ended up being convicted and sentenced to prison. One in particular who had a grudge against me for disqualifying him a month before for cheating blind sided me after the way in and gave me a maxillary facial blow out. I met a young man in his early twenties who had caught a 7.5 lb bass on Lake Palestine in that tournament. He was excited about the possibilities of winning $60,000 only to lose to the cheater. When I finished telling the story, the man sitting next to me said, 'I am in your book, I am that young man you just told about'. He proceeded to pull out the entry form, the advertisement, newspaper articles about it, photographs etc that he had brought to the luncheon. What are the odds of me from Louisiana meeting that young man from Texas 36 years later. Miracles do happen.
Reply