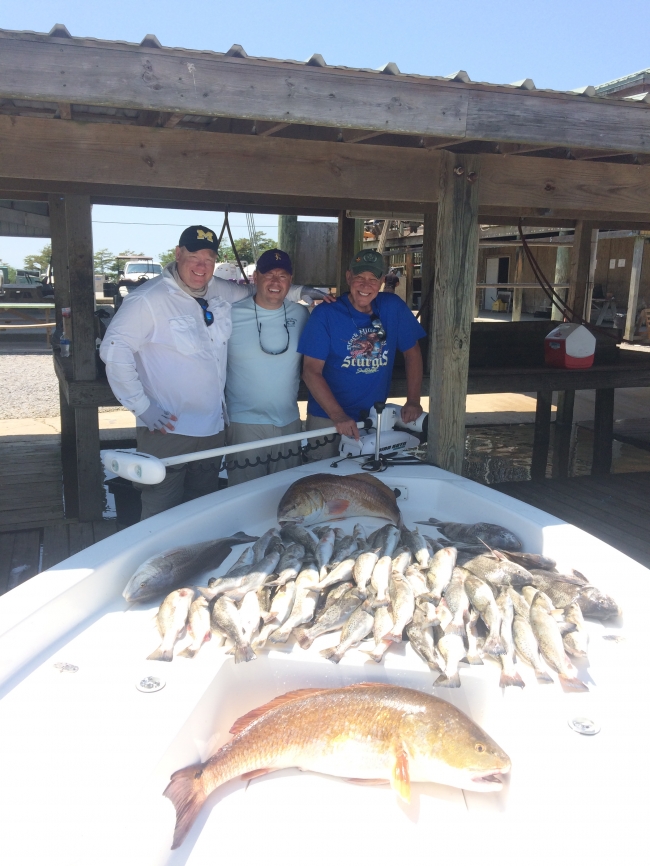 April 26
Mr., Brian and his buddies from Michigan were looking to find out what all the fuss was about to catch speckled trout.....we headed out early only to find ourselves putting fish in the boat almost every cast.....the water was flying as the fish put on a show these guys will never forget.....after they had their fill on the trout we then set out to catch bulls....landing their first redfish ever not to mention biggest fish they had ever caught they had enough and were more than satisfied.....we had a total of 72 trout and left them biting.....it may have been their first trip to Venice but will not be their last....enjoyed spending the day with a group of great guys!!!
Reply

Back out for repeat !
Sight casting for reds
Being Patient Pays off for Speckled Trout
Paw Paw and Molly Hit No Boat/No Idea Bayou 6 24 22
Cajun 101- How to Preserve Premium Frying Fats Wagyu, Duck, etc