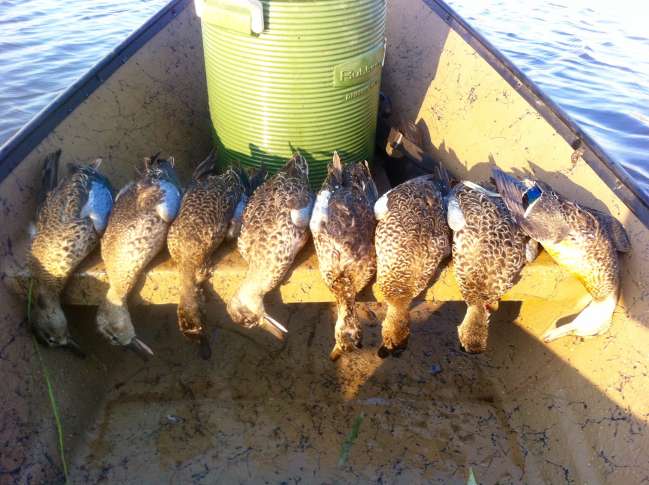 The Teal are showing up!!! We rode the property to look for new blind locations and we were hoping to see a few teal as the season opens in just 4 weeks. In the very spot we seem to always see the first arrivals, we jumped 6 teal and 4 mottled ducks. We also saw a few more in a different area of our land. Hoping for a good teal season this year. Good luck to all as the time is getting close!
Reply

Proud Pop
Re: Teal Sightings
The teal are on the way!! I just talked to Phil Robertson to get a report of what he has been seeing. He has been watching the skies since Aug. 15 and has seen several big flocks of teal heading south. His property in W. Monroe is holding 40-50 teal and a few hundred woodies. It's getting close!!! I am more anxious about this season than I have been in a long time. Will send another repost after this weekend. Let us know what you are seeing.
Reply

Rolandc (The Duckman)
Re: Teal Sightings
We seen a few in some flooded cane fields earlier this. Week I was in Stuttgart over the weekend And we seen a good amount on our impoundments. So there on there way
Reply

I have yet to see the first one. Was in the Marsh south of Houma all weekend.
Reply

Ricky Pon
Re: Teal Sightings
I saw a whopping 2 teal yesterday flying low over I-10 between Nola and Paradis.

I was also in Bayou Black all weekend last week and didnt see anything except woodies. Quite a few stay year around so nothing to get too excited over. We did see some bigger ducks that were too far to get an ID.
Reply

the dredger
Re: Teal Sightings
anyone seeing teal around PAC ? i went to our lease by lake chien last weekend and didnt see any ..hopefully they show up
Reply

Ricky Pon
Re: Teal Sightings
I have a few friends in that area and they are reporting the same.
Reply

btoups
Re: Teal Sightings
I was in the marsh near PAC Sunday afternoon and only saw a couple mottled ducks. No teal yet. Hopefully they show up.
Reply

Ricky Pon
Re: Teal Sightings
Dularge is reporting 0 teal sightings as of yesterday. I think most of these areas are holding birds but the high water keeps them out of the ponds and puts them in pot holes deep in the marsh. Dautrive on the other hand has some good numbers but that is a big place. Next to impossible to determine where they will end up.

Ill be in the Orange Grove area from Thursday to Possibly Sunday and I will report anything I see. Possible teal sightings this weekend. The guy wasn't sure but described them as flying low and hauling ass. Sounds like some Rice Rockets to me.
Reply

the dredger
Re: Teal Sightings
thanks for the updates , i will be in pac all weekend .we have plenty work to do at camp wheather the teal show up or not.. ha ha
Reply

jjoojj
Re: Teal Sightings
Ricky - I was in orange grove Saturday - yesterday - Not one teal seen.

wolfmanjack
Re: Teal Sightings
Fished Monday in PAC and saw 3 bwt south of the marina, also two mottled ducks. That was it, the water was super high and the redfish did not cooperate.
Reply

We have a decent amount. Not at all what it USED to be. The apple snails have hit us pretty hard. I would say easily less than half of what we used to have. If this keeps up, I don't see us staying out there too much longer. It will only get worse, and I think Apple snails were ignored by officials for the most part. Maybe there isn't a solution??

Last season was also the first year we saw grass carp in the ponds. They were always by the houseboat and in the canals but never in the ponds.

One of our ponds is doing great with vegetation but whatever reason (it's the biggest and cleanest of all the ponds) we never and I mean never do good in there. I've hunted it five times that I can remember and never fired a shot. All while at the same time the front pond is smoking ducks. Now 5 times isn't much but the two ponds are 400 yards apart. Something is odd.
Reply

jjoojj
Re: Teal Sightings
Yep - the vegetation is gone in the area - including in all the canals. There is no grass. They still have a lot of fish, as we have been mauling bass and sacalait for the last 3 or 4 months, but the grass is gone.

Friends on the south side the intracoastal off the coppersaw and turtle bayou have lots of vegetation. I don't know what the issue is.
Reply 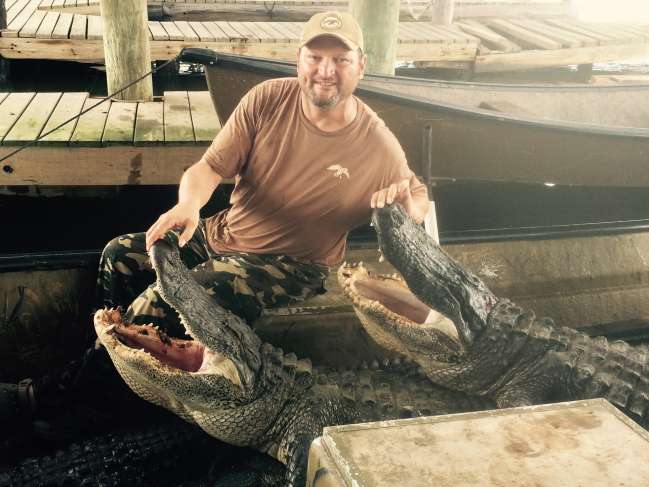 Saw one Flock of about 12 teal on Sunday hunting gators in Dacroix. Way more gators than teal in our area of 'The Island'. Will after the gators and teal this weekend. Leave your dogs at home!!
Reply