bayouboy4444
This post is to do with the Private property in Baptiste.

I am posting not to anger people but to simply inform and educate fellow sportsman to were the private/public lands are. So within the past few years we have had a growing problem with the trespassers/poachers on the private lands in Baptiste. One big reason the problem is growing is because many people believe the banks of Baptiste Collette is public land and this is not the case.

So to help guide folks heading down to Venice to hunt for the 2016-2017 season and years after there will be 'yellow' (or other colors that has not been removed) posted signs marking the boundaries of the land. These signs are not throughout the property they are in sections simply for guidance. With that being said keep in mind in Louisiana private lands do not need posted, no trespassing or any type of warning signs for you to be considered a trespasser, it is the responsibility of the hunter to know where he is and where he/she can/cannot be. There is also a partnership with the local enforcement agencies and trespassing will be strongly enforced.
Reply

TEAM-XTREME
With respect I hunt Baptiste and have an map of school board and private propertys,
last season I noticed an area that was on school board property that was posted by a guide.
Is not fair for me not to hunt these posted properties?
Reply

bayouboy4444
That problem is also fixed the public land maps have been messed up for the past few years which is why the parish would not give them to the public. This year the problem is fixed as far as private maps go and this is the reason trespassing private lands in Baptiste will/can be enforced. As far as signs go there are updated signs where put up using up to date maps and also some areas that have not been marked (in Louisiana the law states private lands do not need signs to mark the land) so keep keep in mind just because it does not have a sign does not mean it is not private. It was a problem at one point with someone (not part of the family in which owns the land) 'posting' the public lands and that is why we felt the need to put a different style (yellow) signs and new/updated signs. We also removed the signs that were posted on the public lands, because just as unfair and unsportsmanlike it is to tresspass it also unfair to 'post' and keep folks out of the public lands. I can tell you all public lands are at the end of Baptiste (near the gulf between the main bayou of Baptiste and kimbel pass), also the other section is south of Baptiste. If you were to take Baptiste to get to the public lands keep in mind you have to pass through private property to get to the public section. There is a pass/bayou just south of Baptiste that empties straight into the public sections near Baptiste, which by using that bayou will prevent any type of conflict between anyone. There will be a good handfull of land managers on the land at all times, by that I'm saying if you were to be approached by someone that is attempting to run you off and can/will not show any type of paperwork showing they are supposed to be there in the first place or a map showing the private land sections etc to help someone understand were they can/cannot be does not have a right to run you away. In the years past we have came across people doing this (on public lands) which discourages the public from hunting in general or from respecting the private lands and land owners which in both cases are not good.

To help farther understand you or anyone else can feel free to give me a call 504-201-8799 I will be happy to help so there is no misunderstandings during the season.

We (the family in which is owners) want people to enjoy duck hunting down here in Venice but the amount of folks trespassing and unaware of where public/private lands are has gotten to be to many. Which is why we made the post, many folks are simply misinformed and we want to help people get a understanding of where public lands are and are not as far as in Baptiste Collette.
Reply 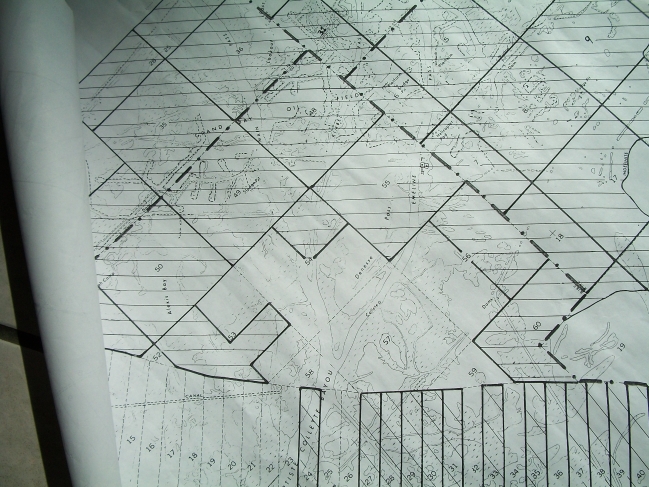 I understand your point and respect your entitlement. Furthermore, looking into the propertys on this map outlined(public) are not leaseable.

Can you owners and leasees provide any updated documentation prooving your acquisition of these common property's in question this would be very helpfull to the fellow sportsmens that hunt this area and enforcement agencies?

Last season I question two WLF agenst in Baptiste in reguards to posting common propertys on the map, they were lost did not know updated propertys. Also, these agents were not interested in pursuing unlawful posting.

Please understand it's tuff to trust when you have certain groups that what to ban mudboats on common propertys and not on private in reguards not issueing maps.
Makes me beleive it's who you know go- figure.

Rather than calling the number I thought it would be fair to post for sportsmen to read and help understand Baptiste boundries. 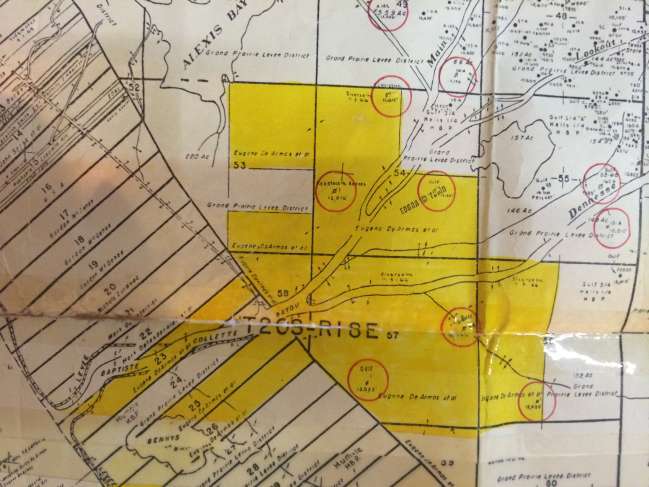 I'm sorry I thought I had attached a picture of the map in the post. But the map you are showing here looks to be near correct. It is an older map but as it shows the area 'without the line' are private lands and with the lines are public.

So with this map you should be fine navigating the private/public sections.

Like I had stated, in the past there has been folks who want to reign over all properties regardless of the land being public/private and it has caused confusion for the public and over time people simply started to ignore the private property warning signs etc. and Again if someone was to 'run you off' and cannot show proper paperwork and maps then disregard them because they are not in any way attached to the private land owners.

Keep your map and carry with you at all times. And anyone else reading the post make copies and do the same. This is what I was trying to accomplish with the post in the first place. (Again sorry I thought I had attached pictures)

Simply if you are going off the map you have pictured and going off the right sections (the sections with the lines) you are good and would be on public lands. The problem is the lack of people holding the same information or just simply disregard warning signs.

Again for this hunting season and years after, the misleading and misplaced signs have been removed and replaced with yellow posted signs and are true as to positioning.

I have attached a clearer picture of the maps for the folks that would like to have a copy.
When I get my personal copy of the update I will be sure to post. The only section I know has changed is 24 because land taxes has been paid on that section for 20+ years.

TEAM-XTREME
Thanks Bayou
Have an great season and be safe.
Reguards,
TeamX
Reply

Greenhead1
Bayouboy, I applaud your effort to help your fellow waterfowlers, the maps you have posted are accurate and true, Thank you.
Reply

fowlfish
So, the yellow sections are public or private?
Reply

fowlfish
The problem is that there are so many owners of all that property its impossible to know who is supposed to be there and who is not. I know people that are listed in the tax records of the highlighted property that didn't even know they had right to it until i showed them in the tax records.
Reply

bayouboy4444
Yes the yellow is the private land. keep in mind this is only my family's land not all the private land in Baptiste there are more sections of private lands. On the maps you can see the sections and read the names. Public lands will say 'Grand Prairie levee district'

staugslugga
Just wanted to let you know that people have been running up ducks on the property you referenced here, the game wardens know about it and will be looking for it for the next week.
Reply

Rex Savage
Do they know who it is? Running ducks is counter productive. Hope they catch him.
Reply

rocknet
I know this is an older post...but is the 'landowner' suggesting the natural bayous and passes on the yellow shaded 'land' is also...private?????
Reply