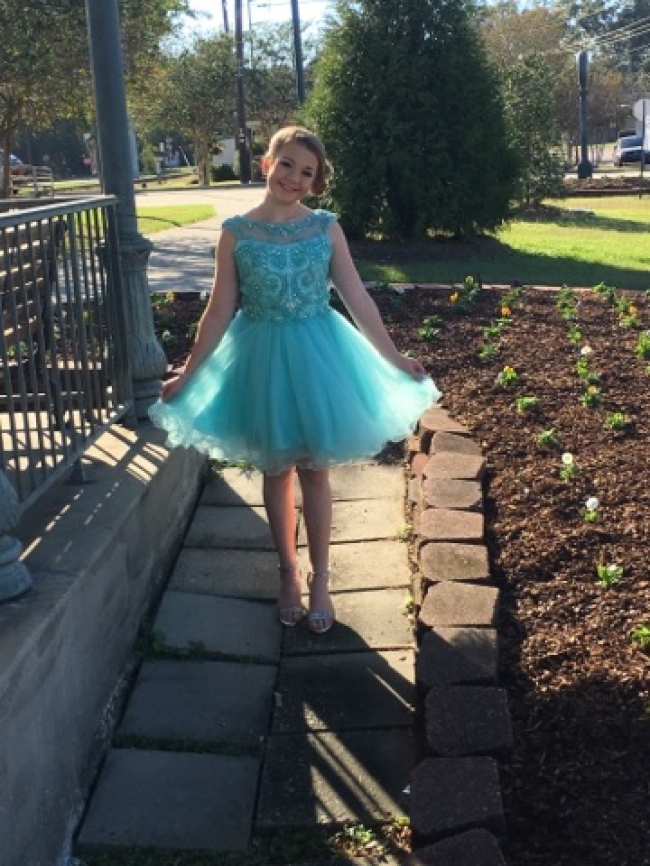 This was the first year my oldest daughter showed interest in hunting so I decided to take full advantage of the opportunity.... Abby is 11, in 6th grade and has maintained straight A's through her entire schooling. She has been on a Competition Cheer team at Leaps & Bounds for 5 years and started this year on her Westside Jr High Cheer team. Opening morning she shot a huge hog then later passed on several does and a spike. That night she went to her first dance and yes, I did insist upon chaperoning. After sleeping in late we headed to the camp. Again she passed on several does and several spikes. Late that afternoon a tall 6pt started feeding 251 yds out, a touch too far for her and her 243 crack barrel mixed with a little buck fever.... So we tried to wait him out hoping (and PRAYING ALOT) that he would work himself down to us.... As he FINALLY started working toward us he locked up at about 200 yds out facing us. It was obvious he knew something was there so I had Abby get her gun up and ready for action !! Not seconds go by and Norman (that's what she named him...) steps out broad side at 158 yds !!!!! Took her a couple seconds to find him in her scope but once she did...
'Daddy I see him..!'
'Do you see the top of his shoulder...?'
'Yes sir Yes sir I do...'
'Ok baby take a breath and squeeze the trigger.'
'Daddy you sure he's not a young deer...?'
'No baby, lol, he's old enough I promise.'
'Daddy can I have my ear muff's...?'
'No baby, no time...you need to...'
BOOM- she shot, no more hesitation...!!!
'DADDY, I DROPPED HIM...!!!!'

Beautiful 9pt down...!!!!!!!
This with out a doubt goes down as one of the best memories a father could ask for.
Reply