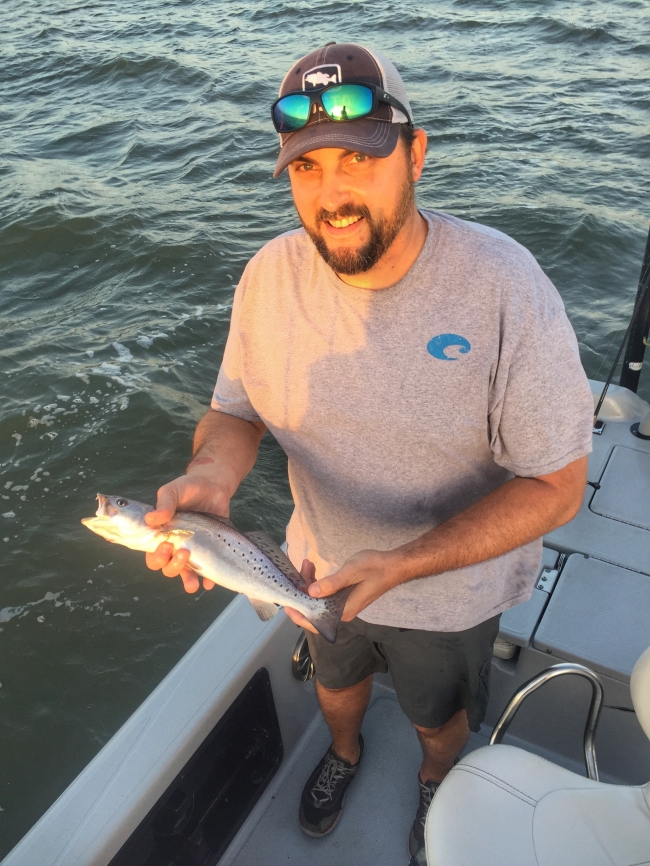 It was a quick turnaround from yesterday's afternoon trip to this morning. Go figure the wind was up again and it was a coin flip on where to start. Do you go back where you caught the day before with a different tide or head to an area you know has fish but the wind might get you? Corey Summers and his buddies Jason and Ryan jumped on the Bluewave and were up for a gamble. Everything seemed fine until I circled into the lake and it was rough. Think the guys heads just dropped like oh crap we're not going to be catching much. Lol knowing we weren't going to be fishing wide open water I headed to our first stop. We found a bite that would come in spurts. Double rigged Matrix in Shrimp Creole were what the fish wanted. We stuck it out as long as the fish would bite. With 20 fish on ice we made a move to a shallow reef only finding 1 taker. The earsterly wind was slowly building but was still manageable so we hit another reef and it was game on under a cork. Guys were catching and I was using my Catcher's mitt to take the trout off the hook. We got on a great run and when it slowed we stuck it out for a few more fish before we were on the move. A couple more stops were made for a few fish before we called it a day. Thanks Corey for hooking me up with some of the sacalait you've been killing, they were great!

BEAUDOG
Im glad that yall enjoyed the sacalait, and thanks again for the willingness to gamble and get us on the fish, it was a great trip!
Reply