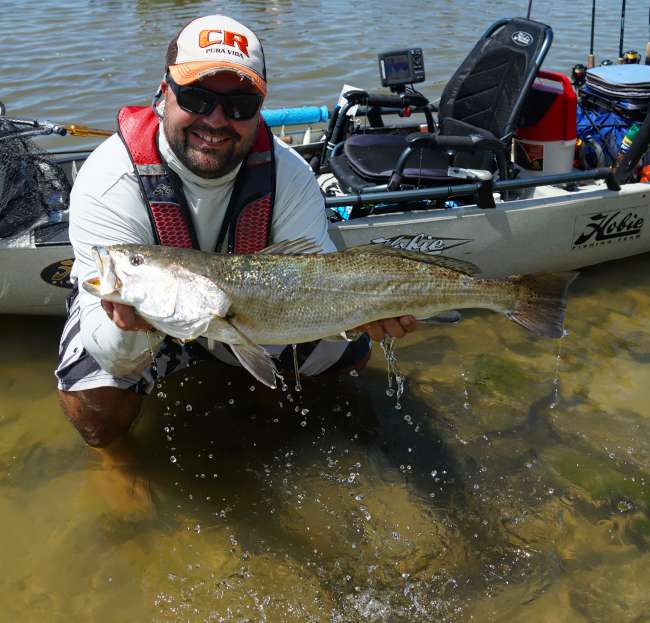 I fished with a friend on Saturday for the Gulf Coast Kayak Fishing Association's 12th Annual kayak fishing tournament held in Gulf Breeze, Florida. We got blown out of our first spot by unexpected wind and made a move, but missed any early morning bite. Things were real slow with only a few small trout just before mid-day.

At 11:30 a.m. Vlad Moldovaneau hooked into a beast trout that measured 29' and weighed in at 7 pounds even. A half hour later, I landed one that was just under 29', but was much skinnier. Mine weighed in at 6 pounds even. Vlad also went on to add a keeper red and flounder to round out his slam 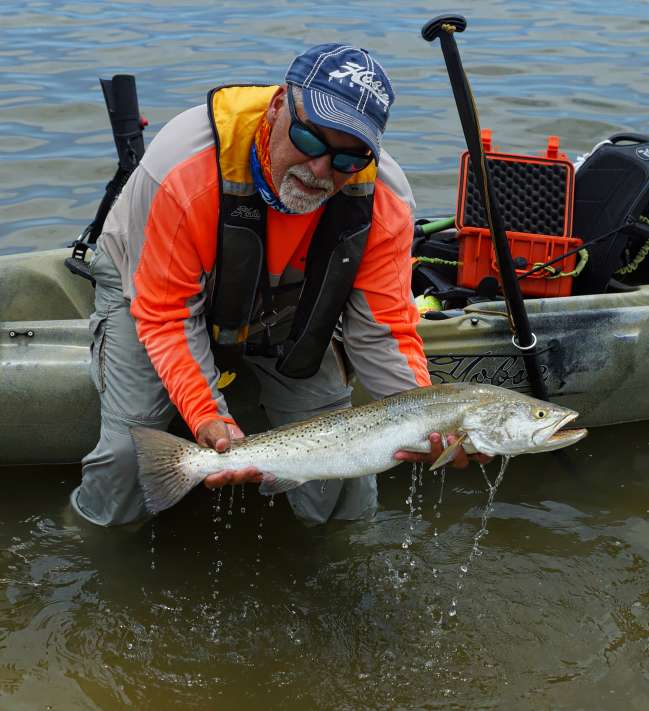