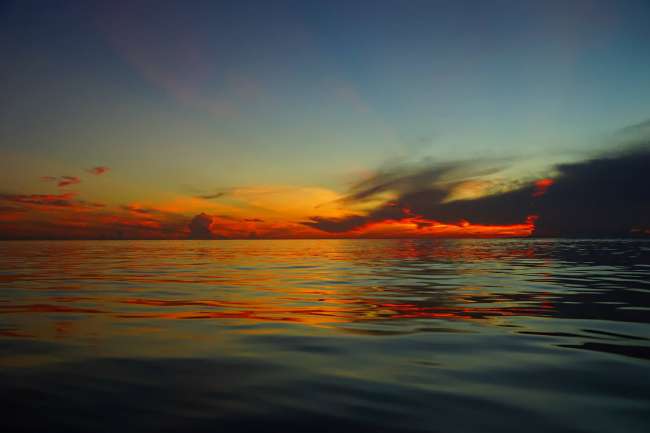 We always come to ICAST a few days early. Vicki Guillot Holmes goes to the theme parks, while I play in my own Disney World. You know it's going to be a good day when you're greeted by flat seas and this Atlantic sunrise. We were fishing near Cocoa Beach.
I was again with Alex Gorichky of Local Lines charters.(Merritt Island, Fl) I fished a half day with Alex before ICAST last year and landed my first caught kayak tarpon. However, the fish went bat-shit crazy on the handoff for pics and got away with no photographic proof.
I was determined that wasn't going to happen this year. Alex threw the cast net off his Hobie Outback and got a load of feisty menhaden (pogie). The bait was thick all over.
A little slow trolling was all it took. Spanish, bonito and tarpon were easily seen in all directions. Fish-on about 7:00 a.m. It was nothing pretty with a jump here and there, but mostly just a tug-o-war dog fight with the typical gulps for air to recharge and make another run. Yep. An hour and a half later, Alex laid across the bow of my yak and made the grab. This time the handoff went smooth and we got a few good shots. The hook literally fell out by itself. We saw a bunch more tarpon while battling this one, but by the time we were finished, they mostly disappeared. I don't know if I really wanted to catch another one anyway--until tomorrow.
Thanks again Alex Gorichky for a great trip. All the coaching during the fight, passing a bottle of water, and hanging on to my kayak to put more pressure on the fish.
If you want one like this, give Alex a call.
#hobiefishing #Aftco #kayakpoon #kickedmyoldass
Reply 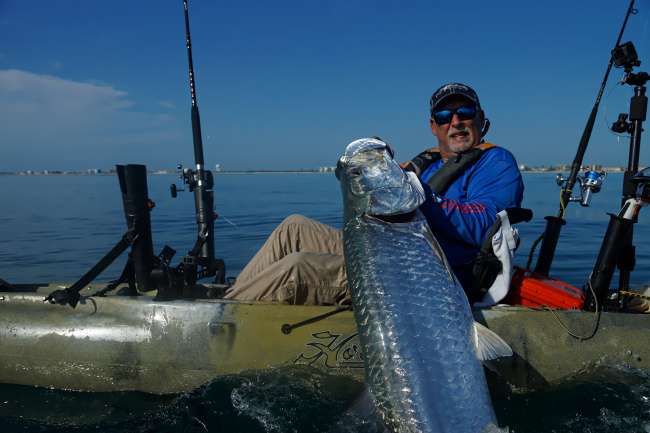