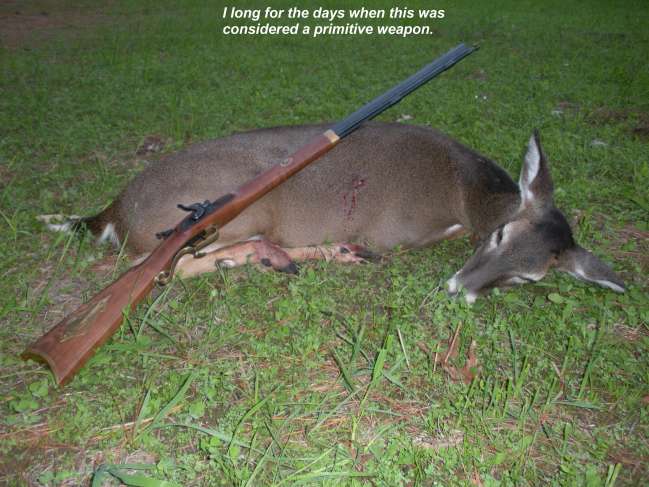 elkhunter
I thought I was alone in this belief. It was definately a lot more of a challenge to take a deer with an old style Hawken rifle.
Reply

Assassin383
With all due respect, a rifle, ANY rifle, is not a primitive weapon.
Reply

Huckleberry
Well, I don't think any State had a spear & rock season. :-) But most states do not allow cartridge rifles in their primitive season. Some do not even allow scopes, or in-lines. Pennsylvania even has a Flintlock Only season.

Most states do not allow crossbows during bow season. A scope sighted crossbow that even a novice can accurately shoot 50 or 60 yards is a 'bow'? Really???
Reply

Why the power trip hoping to boss other hunters around?
Reply

cajun253
MathGeek, you are so correct. Every time you turn around someone out there wants to impose their will and beliefs on everyone else. The people we elect to office have decided on the rules and regulations to be followed when it comes to hunting. I cant say every rule makes 100% complete sense but those are the regulations. If you as a responsible hunter do not like to hunt with a scoped single shot rifle that is allowed under law as a primitive weapon, then DON'T USE ONE! Use a flintlock. It will be a hell of an accomplishment to take an animal with one. But hey, this is America and everyone is allowed their opinion. It's called free speech
Reply 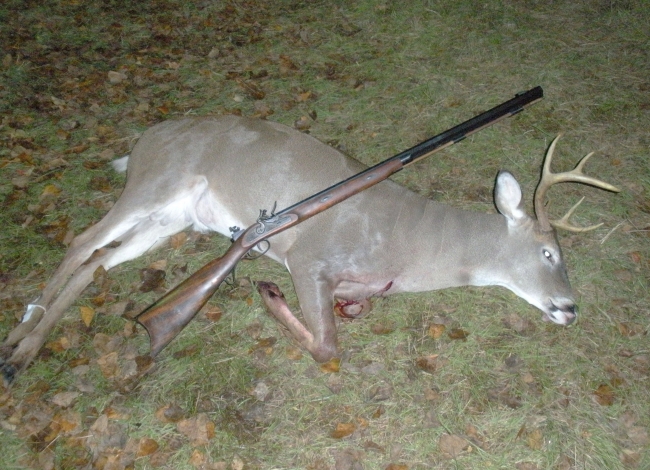 What I do object to are the 'special regulations' that are a joke. I can't hunt with my iron sighted flintlock during the lengthy bow season even though the effective range of that setup is about the same as that of a crossbow (actually a scoped crossbow has the edge over the iron sighted flintlock). Why should a bow/crossbow hunter have a season that's over 30 days longer than gun hunters? Are they a protected species?

If I had my way there would be one season for all hunters during which the hunter could use whichever weapon he chooses, whether that be bow, crossbow, handgun, shotgun or any species of rifle.
Reply

NURSE1
Lol... beliefs..right and wrong .. give me a break .. the state would let people use handgranades and booskas if they knew more people would pay extra to extend the deer season by a wk .. crossbows and 35 whalens ..Jeezs .. why not say what it is .. pay a little extra and we will give you all another wk to hunt ! And don't call 'primitive weapon' call pay to play ..
Reply

lossking
Only thing 'primitive' about my synthetic stocked and scoped CVA .35 Remington is the State calling it that...
Reply

COONDOG
As much as I love to deer hunt, I also believe the season is too long. Deer season takes over everything and pushes out the squirrel and rabbit hunters as well as those of us who love to coon hunt cant during deer season because 'the dogs will run all the deer off'. I cant tell you how many times my dogs have been treeing every breath and I see deer bedded 30-40 yards away without a care in the world.
Reply