Hunting Reds and having fun with son 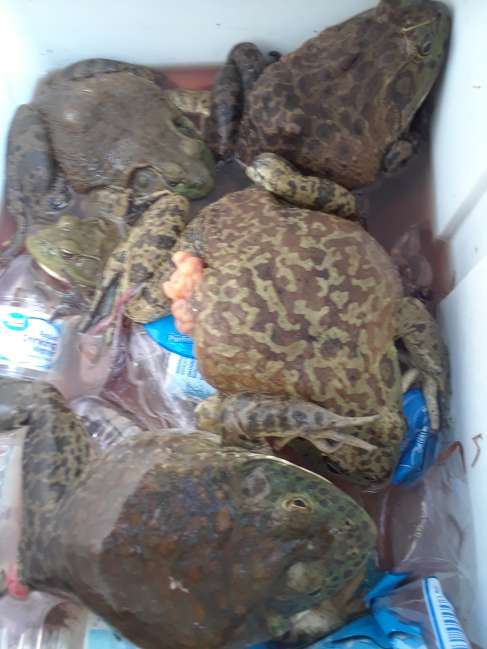 Its been a good summer for us thus far. Blasting Bream in the Basin, catching frogs in the fields, to now hammering the reds in the traditional shallow water haunts. My boy is 12, and thank the Lord, he has become really interested in fishing and hunting.

The weather seemed just right for us to go hunt reds last Friday. Lite south wind with an incoming tide in the morning. I haven’t been to the flats since April. With the heat I was hoping the bait and fish have found the shallow water.

It started about 4:30 with a bone jarring ring from my alarm clock. The first thing that happened was nothing, meaning no catastrophe, which is good for a fisherman. Trip to the boat launch was devoid of injury, no issues with launching, didn’t forget anything, all equipment functioning etc. etc….

So to the hole we rode. When I hit the entrance to the flat the boat stalled in the 4” of water, but we hammered it down and made it through 50 yards of sludge to make the desired location. Immediately, when we got to the sweet spot huge wakes were churning the water everywhere. Then the motor hits a fish and I see a redfish tail in the wake! I knew it was on. I took the boat off of Wide open throttle, put down the trolling motor and the first cast of the castnet for live bait netted a 3 foot gar that punched a 6” missile hole through my brand new net. No worries though. The second cast netted me 3 dozen perfect sized finger mullet. Sonny boy did the right thing, by putting them in the bucket and up about 50 yards we went.

Within 5 minutes of soaking the live mullet the rear reel bait alert went off zzzzZZZZZZZZZ!!! We picked up and had the first red in the boat before 7. And on an on it went. The trouble for us was making sure to catch reds that were less than 27 inches. A small red in our area is 24”. Those flat reds are brutes and fat from feeding on all the forage.

As we were moving from the first spot I left the baits in the water right next to the boat and started to move with the trolling motor. One of the spinning reels goes to leave the boat but gets hung in the cast net! I pick it up and a 5 foot gar does a tarpon jump not 3 foot from the boat!! He got stuck in the jaw with the hook, so I was able to tame him with the billy club without him getting off. Yum Yum. Whoever says Gar is a trash fish doesn’t know good eating.

A little while later we found a spot where the mud came away from the bank about 20 foot. There was 1-3” of water over the mud and the reds were getting up in it running mullet….4 or 5 of them would jump after a huge explosion…It was awesome. We sat right there and finished our limit! For ten reds and 2 gar we had 100 lbs. of fish in a 100 quart ice chest. And it was full to the top!

What a day it was. We completed it by cooking redfish on the halfshell with barbequed Gar steaks. The sun went down on some good time…If this isn’t livin I don’t know what is. I hope everyone else is having a good summer. God Bless you all.
Reply

the dredger
Re: Hunting Reds and having fun with son
cool pics , thats a good variety of wildlife right there !!
Reply

Carrierefisherman
Re: Hunting Reds and having fun with son
It obviously doesn't get any better than that right there. From start to finish, good job!
Reply

A516ga
Re: Hunting Reds and having fun with son
Great report, especially for Father's Day. May you and your son make the most of your time together.
Reply