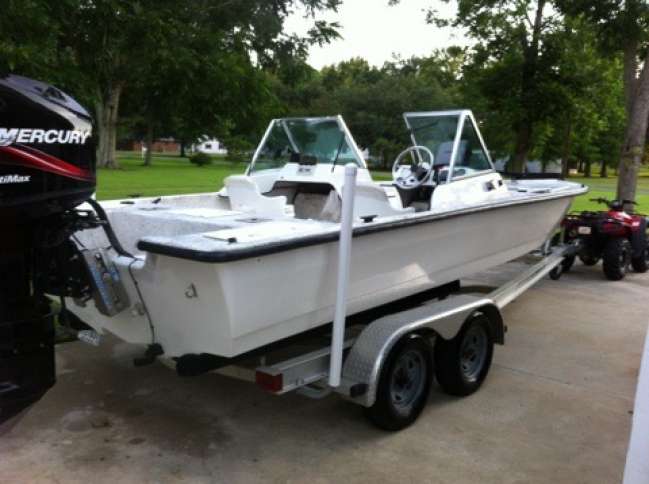 Looking for comments from BayCraft owners...preferably the dual console 23 feet models. Anybody have any experience or issues with the heavier, V6 4 strokes?

Thinking about powering one with a Suzuki DF250AP V6 4 stroke that tips the scales at ~640 lbs. just worried if this is too heavy hanging off a 4 inch setback jackplate? Worried about water backing into the cockpit through the self bailing drain openings or past the scuppers becoming an issue with always having water in the cockpit while at rest.
Reply

BlueShamu
How about any BayCraft center console owners?? Again...particularly the 23 footers...How well did/do your self bailing drains work with the V6 four strokes?
Reply

BlueShamu
No. Itâ€™s not. Gave up trying to have the Brothers Starkey build me one. Got the â€œIâ€™ll give you a call in three weeksâ€ (without ever getting the call) one too many times....This was after over a year of being promised a build.

Ended up buying a used Gaudet Aluminum Boats dual console. If youâ€™re looking for a used 23â€™ BayCraft dual console, I know somebody that I think still has it for sale.
Reply 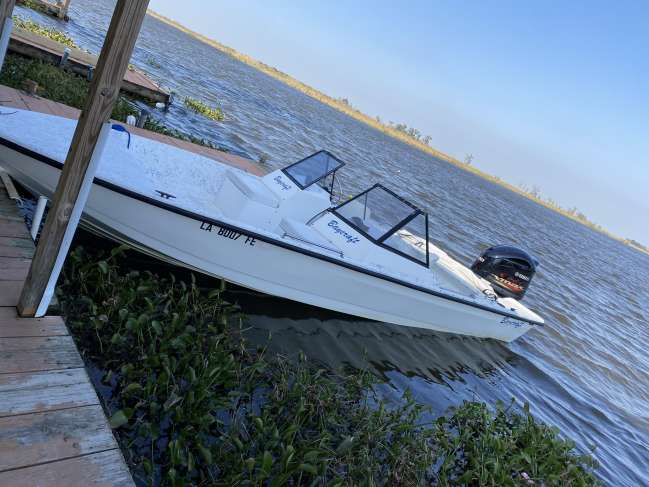 BlueShamu
Is that the 21â€™ hull you got?

In my opinion, the 23â€™ was by far, one of the best riding hulls out there. Friend has one that wife and I borrowed and we were sold. Even offered to buy it from him after we used it. But, he wasnâ€™t ready to sell. Tried looking for used ones and ran into a guy that gave me the phone number to Amos Starkey. Called him up and he said he would build me one. Waited for about a year and a half and finally gave up on them.

Could have bought my friendâ€™s boat...but, we were too far apart on where we thought the price should have been. So, ended up with a used 24â€™ Gaudet Aluminum dual console.
Reply

bigfisherr5150
Itâ€™s the 23â€™ model as you said it is a fantastic ride, construction is great for what it is and what they sold for new. Its a 2001 model and was the first one sold in houma at degates. Had a mint condition ox66 200 on it which i sold and recouped the price that i paid for boat motor trailer. the transom was completely rotted and i then got that fully replaced better than new at tri-parish fiberglass.
Reply