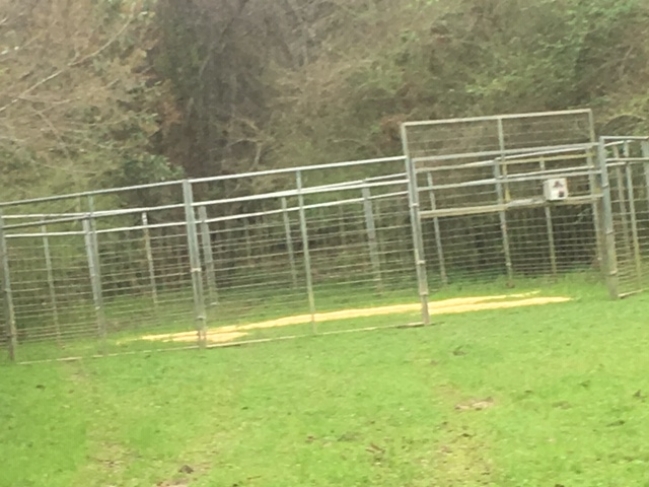 With only one day left in tree rat season,decided to tag along older son's fine Ruger lever-action .22 mag rifle and got to Honey Island Swamp,favorite trail just about daybreak and within maybe ten minutes of slow and stealthy stalking,spotted fat tree rat,trouble was he was moving a tad too quick to try scoping him with .22 mag(shoulda had trusty ole Beretta Extrema with me,my bad)and did not fire at him.Slowly and methodically stalked the woods,spotted yet another tree rat,this one again was moving quickly and not a chance at a shot.Finally spotted one a ways away on trail and quickly scoped him and fired but doggone squirrel musta moved right as I fired and he scampered away!!!Did see quite a few tree rats but these guys have been chased for quite some time and know every hole in every tree and I could hear distinctive baying of dog treeing a squirrel and this cool dog almost ran into me as he was jumping all over the woods,no doubt running squirrels into holes in trees!!!Met his owner and joked about the huge hog trap I spotted at end of long trail and recalled seeing very cool video of similar trap with game cam and remote-controlled trap door so one could bait trap,sit at home with cell phone hooked up to game cam and activate trap door once family of hogs decides to get 'free' meal of golden nuggets!!!My suspicion is LAWLF set up this fine and sturdy trap and bet they catch nice and fat family of hogs!!!Chatted with few ole-timers and two gents with nice pack of dogs were just heading in as I was heading out,joking with owner of rambunctious dog,equipped with shock collar and GPS tracker.He said that particular beast was fulla energy and he looked like a doggone rabbit,jumping up a downed tree trying to get after a treed squirrel that found a hole in tree to escape to.Emerged with nada but enjoyed stalking woods and check out this fine hog trap!!!