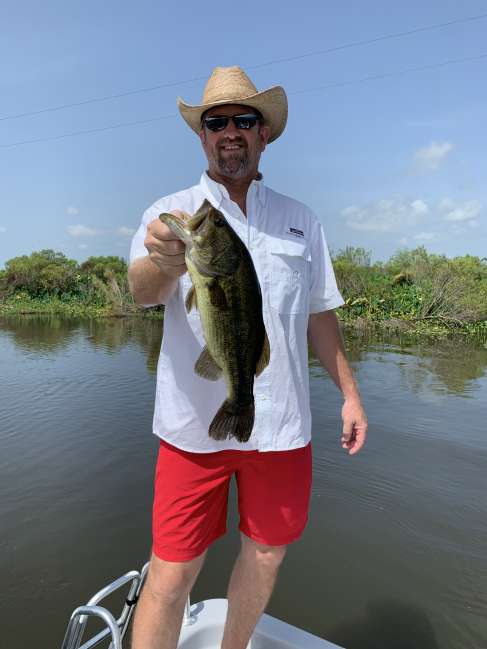 Just realized I haven’t posted a report in a while. I do a much better job on Facebook. I took a few days off to spend with the family on the 4th. Did some things different starting with some bass fishing and then got my lil girl on a few reds in between swimming out at Last Island. Got back to work on Sunday with Aaron Lawler’s crew. They put a great mess of trout together but the bite was definitely an early one with the heat. I want to say surface water temps got to 92.2 degrees. Followed that up with helping Capt. Marty out with Gaiennie crew. Winds were up and we got a late start but the Ken and his son put together a nice box. Tuesday, Kelly Mayuex crew came in and the trash talking started early. Winds were up but trout didn’t seem to mind. We were chased in by storms so we put a nice pile of trout together and topped it off with some reds. Double rigged Matrix in Avocado and Shrimp Creole worked real slow was the ticket all 3 days. I’ve cancelled trips til later this week so hopefully Barry doesn’t hurt us too bad. Stay safe!