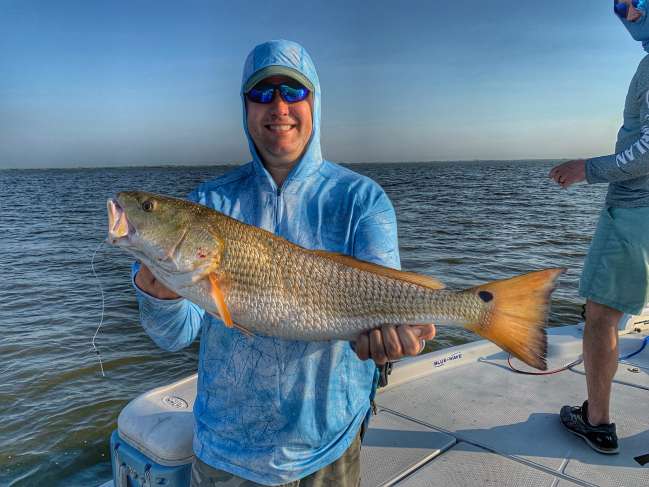 Dr Mike Tuite and his friend Jason joined me on the Blue Wave Boats. Our first stop found a few reds and drum. After the bite died, we were on the search! Our next few stops came up empty, then we hit a good streak. The guys were steadily bowed up and the drags were singing. Always a pleasure fishing with Mike.

Ryan Davis, his brothers, and dad jumped on the Blue Wave Boats with me. The guys had their fill of reeling in reds and drum, as they had plenty of drag pulling going on. A great time was had by all, it was a pleasure taking them fishing.

Putting the new 2600 Blue Wave Boats to the test. We found the reds stacked up and had them coming in every-cast. All catch and release today. We tested the boat in the shallows and were able to get up on step in 1.2-1.5 ft easily. The boat is a beast in the rough, gets into the shallow no problem, it’s a all around animal.