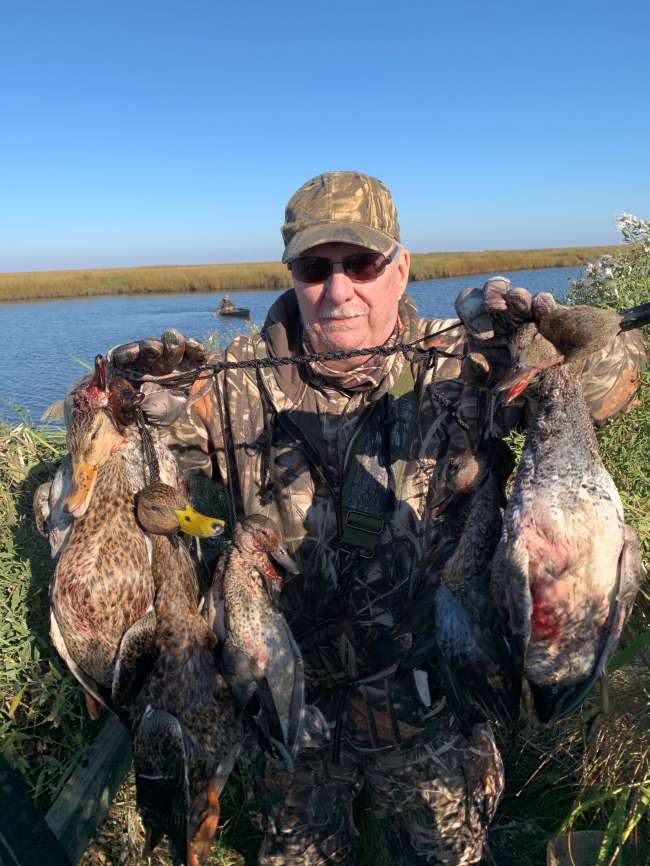 Had two decent hunts to kick it off near Delacroix over the weekend, though overall reports were mixed from full limits of mostly teal to 'didn't even think about shooting'. The usual shooting well before legal shooting time while I'm throwing decoys was mostly absent on opening day so that's often a tell-tale of how many birds are around. When the birds are thick, it's a war zone......in the dark. Otherwise, it's quiet like it should be.

Three of us managed to strap 11 on Saturday, a mix of grays, mottelds, a few dosgris, a spoon, and a GW teal. On Sunday, passed on the dosgris and strapped 10 birds, mix of grays, GW and BW teal, and mottleds. Little better shooting each day and we get near a 3-man limit but would have had to be perfect, and also shoot more dosgris.

As a bonus, caught some pretty freshwater cats off the dock at the camp. That combined with a big Tigers win, made for a solid opener weekend. Try them again later this week after calling off Tuesday's hunt with the gale warnings. Good luck and be safe out there
Reply

bahduhbing42
love the Golden Retriever ! I hunted with my Golden years ago, best dog i ever had. Beautiful.
Reply

Mandevillian
Yep,Darren,I,got a few mixed reports from folks that hunt Delacroix and chatted with a buddy just today about their Delacroix hunts and he said they did not pass on early teal today but could have easily gotten 3-man limit of greys,they were so thick.I am not blessed to have either a lease or access to Private Land in Delacroix but feel even more blessed to have just picked up a Medicare Client that not only has a few camps in Venice,he also has tricked-out mudboat and loves hitting what many consider a gem of a place and I even asked him about the proliferation of mud boats down there an he does not seem to have any issues with folks running mudboats and scattering ducks that get wary way too often.Apparently,he goes to spots that may not get pressured like no tomorrow,what an awesome thing.Hope to get on down to Venice pronto and be glad to shoot reports from down de River!!!Nice Coastal Zone hunts!!!

Darren Digby
Thanks! He serves us well in the blind and at the house with the kids.
Reply 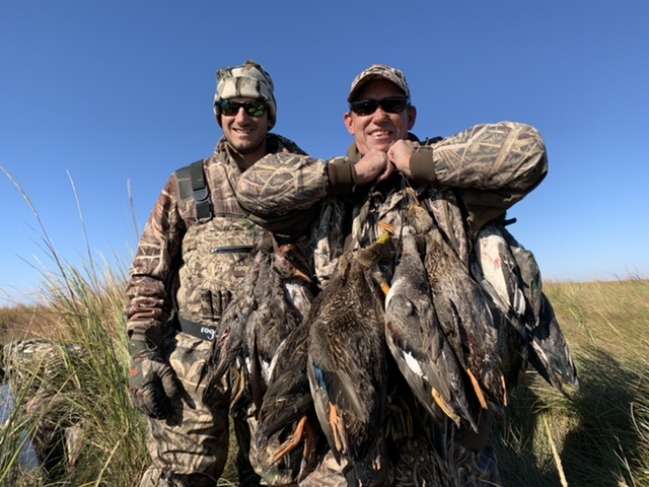 Tried them again Friday and Saturday down there with mixed results. Friday had great conditions and ended up seeing decent many grays though not much of anything else. Three of us strapped five and should have had 10+ easily but failed to make the most of our chances. 4 grays, 1 GW teal

Made an adjustment to a makeshift set up with some buddies on Saturday that allowed us to strap 24. 13 grays, 6 GW teal, and 5 mottleds.

Overall not seeing many birds and reports are mostly pretty weak in the area from what I’m hearing. May try one more day this week down there before heading north for the east zone opener this weekend. Good luck!
Reply 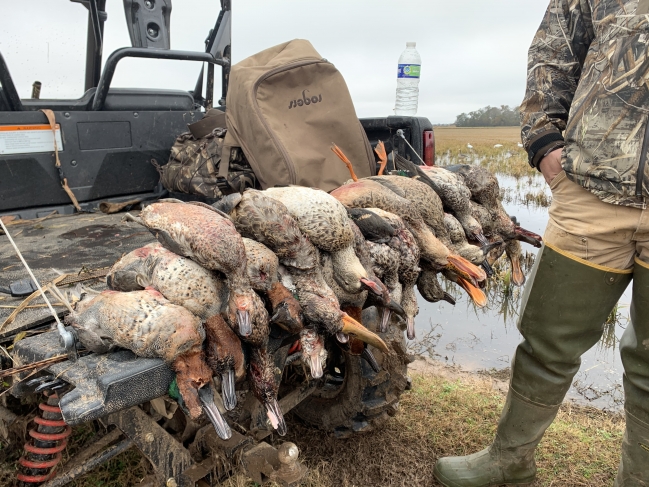 Hit Delacroix again on Thursday and overall again didn't see a whole lot. Two of us managed 5 grays and 2 dosgris on a mostly calm, fair morning with very few other hunters out. Heard of another hunt in same general area the next day, saw even fewer birds.

East Zone opener yesterday in central Louisiana ag land was very strong, however, with four of us strapping our 24 consisting of mostly teal and a few spoons. Saw big flights of ducks and geese most of the morning so that looks promising. Have some weather coming in next few days so hoping to get back out soon, good luck!
Reply