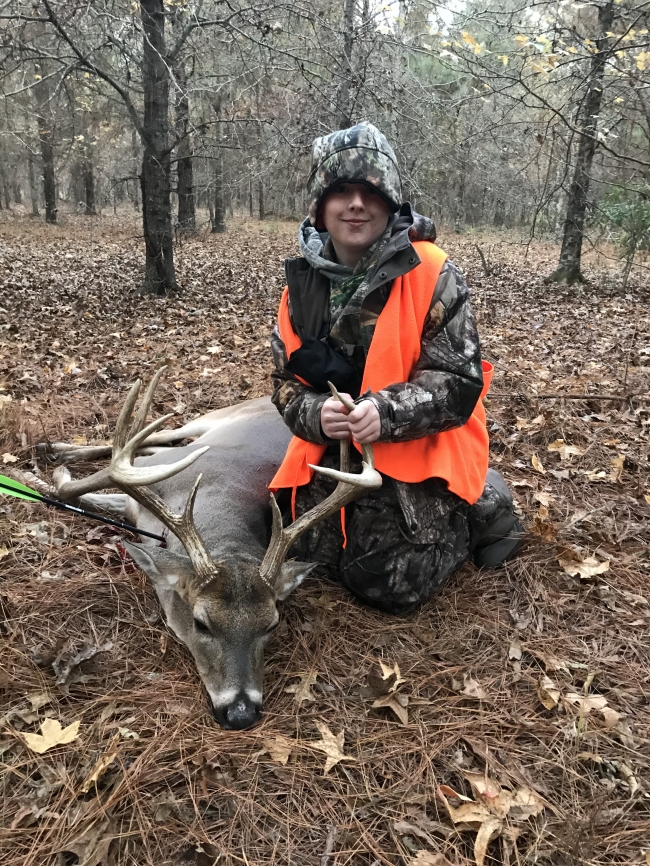 Scouted a spot I had seen does close by but had never hunted. Was looking for a place my nine year old Kace and I could use a pop-up blind and maybe get a doe.

Arrived Thanksgiving morning at 5:30am and set everything up, crawled inside and waited for day light. Just as it started getting enough light to see, I heard a deer run past the back of the blind but didn't see anything. At about 6:30am a doe sped by at 25 yard followed very closely by a buck going so fast I wasn't able to see how big his antlers were.

I used my doe in a can and followed that with a buck grunt. It wasn't 10 minutes when I saw a big deer close to where I saw the others. He was looking for whatever had grunted and when he turned his head I could tell he had a nice rack. He put his head back down and walked to the front of the blind where my crossbow did it's job and dropped him in his tracks.
Reply