Mandevillian
De Nuck and Futz Duck Busters took to de NShore Marsh(insanity means repeating same thing over and over and EXPECTING different result)and insanity ruled de roost today as we saw maybe 12 ducks each with NO GREYS spotted(tough when ya bread-n-butter duck virtually non-existent)and heard very few shots,most likely from folks thinning out ridiculously-thick coot armies.Each of us hunkered down in areas that USED to harbor nice variety of quality ducks,like greys,teal,woodies,mallards,etc and I saw one Woodie that blazed by before I could get shot off and saw handful of well-educated mottled ducks and ZERO mallards and exactly same amount of greys,tough conditions for sure.Still gotta few hunts in ole body,might try change of venue tomorrow,including much later launch to possibly capitalize upon later flights of mallards and if there are any greys,lotta times this late in season they tend to fly much later,hint,hint!!!Hope everyone had Happy New Year,was hoping 2020 would usher in some ducks and saw neighbor on way home and we confirmed what most have discovered-lotta SE LA a duck desert,sad,sad,sad,especially when ya gotta head to Texas or Oklahoma for half-way decent hunts,thought we were still Sportsman's Paradise but we have become Duck Desert!!!

Proud Pop
Keep at it Mandy! I know itâ€™s frustrating. I consider myself lucky to have the successful season Iâ€™m having with all the horrible reports from across the state. There is one thought that always drives us die hards to keep going back. â€œWHAT IF THE DUCKS SHOW UP AND IM NOT THERE?â€ I know that thought is what keeps you going back. Good luck the rest of the season.
Reply

Mandevillian
Proud Pop,Thanks for de encouragement,been ridiculously tough and with just few weeks left not sure if I am thankful or sorrowful for end of season,been dat bad!!!What drives me is just the scenery I routinely take pics of and seeing two wild turkeys fighting over two hens,with all four in one tall tree was about as ultra-cool as one could want!Took few sunrise pics today and de Nuck and Futz Duck Busters gonna give it a go tomorrow,unless we have torrential rain from get-go.Good news is fishing should be awesome just about everywhere and once duck season thankfully ends gonna seek some fishing therapy!!!Good luck to you as well and did get great report from Biloxi Marsh,free,free,free!!! 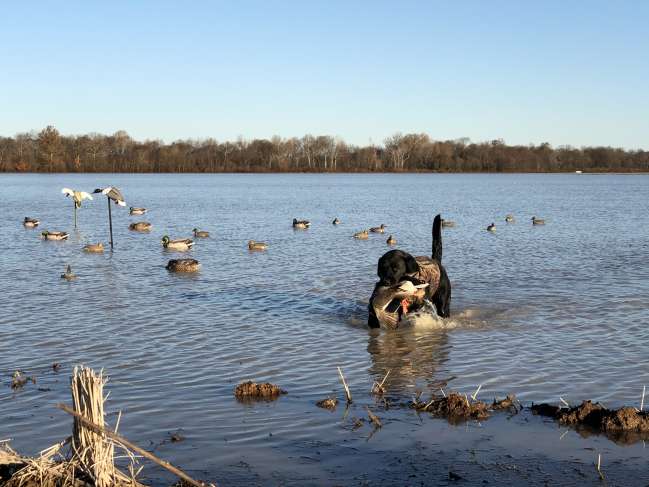 Mandy, I have enjoyed reading your posts all season long and I feel for your passion for chasing those duck dreams of skies full of greys and mallards. I used to hunt Big Branch, only 15 miles from my house, but gave up and joined southeast Arkansas duck lease few years ago. Although it is a 4.5 hour drive and is not cheap, it is a whole different world of waterfowl adventures. I would love to have the Nuck and Futz duo up to my place for a couple of days of hunting. Season ends on 1/31/20. Respond back to me if you are interested. No cost, just buy your Arkansas license.
Reply