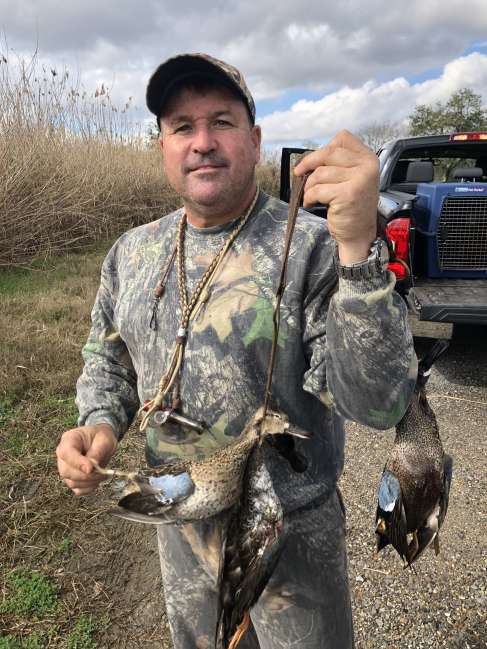 Slow weekend down in Pecan Island, the weather didn’t cooperate. Got a late start Saturday and didn’t get to the blind till 9:30 . Still managed to knock down 4 ducks , but the plus side was a banded blue wing teal. Sunday wasn’t much better 4 again, but shot a nice canvases back, add two teal and one mottled duck , and not a bad weekend. One weekend left hopefully we can finish with a couple good hunts.
Reply 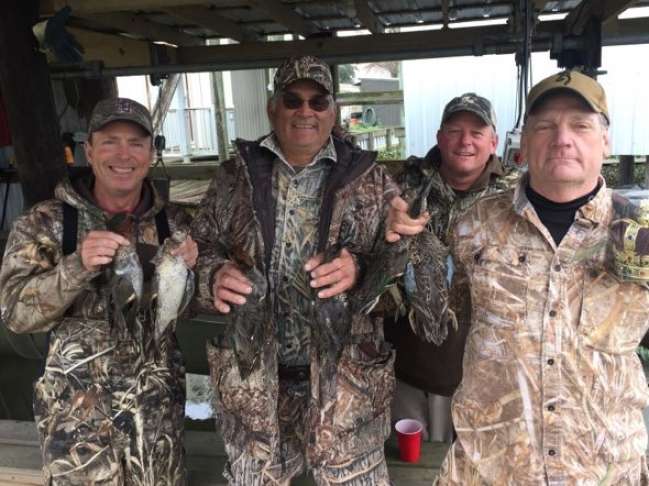 We hunted Saturday before the rain at our regular lease area and we shot 1 motled duck. One of our other boats went our and shot 4 ducks, 2 greys. 1 dosgris, 1 teal.

Sunday we went to a new area 17 miles from our regular lease and we shot 8 teal for the day. It was good conditions for a hunt a duck hunt hunt with decent amounts of green winged teal buzzing around mixed with a some blue winged teal. New area does not seem to have many big ducks but we will be going back there for the last weekend. Would be thrilled to shoot a limit of teal for the last weekend.
Reply

the dredger
Re: Pecan island
keep the smiles and good camp life going Delta ,, despite horrible duck season for you guys.,, and many others. 5 of us hunted 2 blinds sunday and limited out on greys .. going give it one more hunt tommorrow morning for last hunt of the season .. will post a few more pics later
Reply

I think some of the demise of grey ducks to our area is due to salinity level changes. We have tons of vegetation in the ponds so its not that. I have read over the years that greys are very particular about the water they eat in and live in. Over the last few years fresh water has changed our area and the greys have for the most part checked out. Some guys that have camps near me travel some and they shoot greys and the common denominator seems to be getting away from the fresh water to the right brackish water.

As stated before, I enjoy shooting teal just don't want to see the empty skies. Good luck next weekend.
Reply

the dredger
Re: Pecan island
yes delta i believe you are correct about salinity levels and grey ducks .. we hunt in straight salt water !! but what is weird , 7 or 8 years ago I hunted multiple leases in fresh water and the greys among other ducks were thick thick !! where now those leases dont have any ducks
Reply

Mandevillian
Re: Pecan island
GB3,hunting mostly in Arkansas,has been killing plenty greys so maybe dem greys decided dey no longer use same flight pattern,hard to figure em out as we used to shoot plenty greys AND widgeons and I have not killed either grey or widgeon this year and folks in SE Arkansas COVERED in both,go figure.Guess migratory pattern changes lotta folks been discussing have taken hold and maybe we need to hunt in other states,hate dat prospect but might be de ticket!!!How PO'd do ya think LA guides would be if they had to run to MS OR Texas to find speckled trout and reds.With Spillway Openings about getting normal every-year occurrences,better get prepared!!!