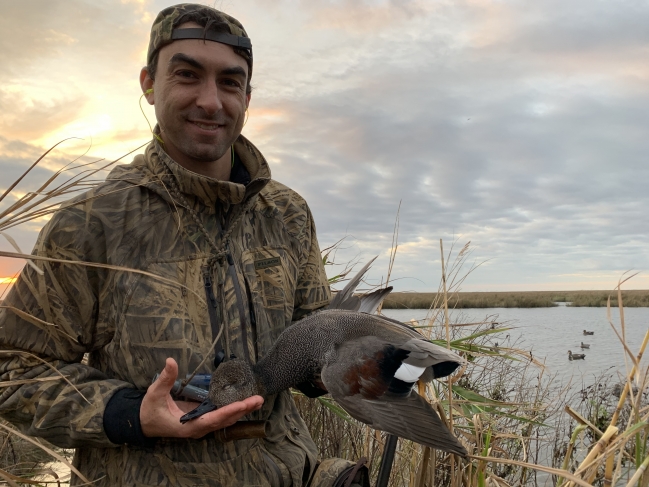 Got in 28 total hunts that included the early speck opener in Avoyelles Parish ag land, so 27 duck hunts. Logged 186 ducks on those 27 hunts for a per-hunt average of 6.9 ducks. Mostly hunted Delacroix area and a few hunts near Bunkie/Avoyelles Parish rice.

*11 mottleds is an all-time record, besting the previous record of 8. Even so, I can recall a number of hunts when ops on mottleds were missed, this could have easily been 15 or more.

Also of note, greenwings were back up from a recent low of 26 last year. They were not as prevalent on Delacroix lease as in 2016, 2017 but better than last year.

Photo herein shows stats from recent prior seasons to compare against, shakes out as pretty decent and certainly better than last year. Wasn't the best one but we've had much worse as well. Know it was a tough season for many, but some had a really productive one, including a lot of SE La public land. Weather just didn't get it done for us in much of late November and through December, was just fairly mild with pacific fronts. Nonetheless had some great times at camps with great food and people. We'll look forward to doing it again in the fall.
Reply 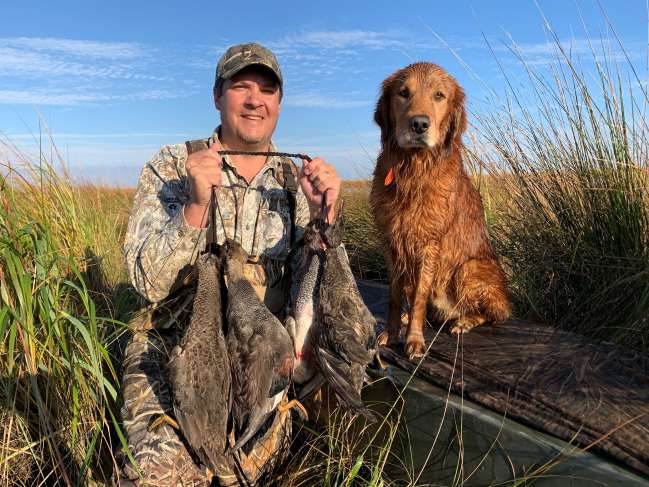 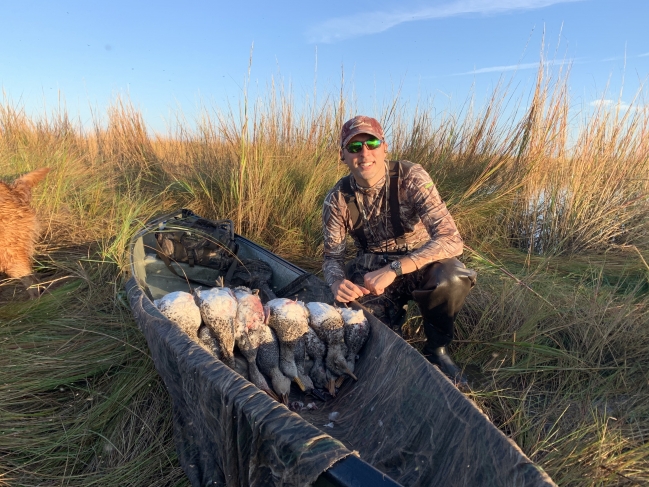 bahduhbing42
Love the Golden Retriever. Has to be the best combo of pet and hunter (in my opinion). My best duck hunt memories are with my Golden. Great report.........you did better than most.
Reply

Mandevillian
Not a bad season at all-ours was horrendous but I do know of some industrious young guns dat really decimated de LA duck population to de tune of probably well over 500 ducks and at least 30 were pintails-wish I could somehow convince dem to at least post their results but kinda know why they do not wanna put ANYTHING out there.Think they averaged 17.8 ducks/hunt,incredible results!!!

Mandevillian
Just because I do NOT always trust a 61 year ole memory,just checked my text messages and the young guns killed 614 ducks on 33 hunts for an average of MORE than what I just stated(18.6 ducks/hunt-MORE than incredible results)!!!Now ya know why I jokingly call these fellas 'De Venice Duck Assasins' and Venice was NOT their only honey-hole!!!Dat is whole lotta ducks,some from Amarillo,TX,some from Enid,OK!!

He's good in the blind, he's great tolerating infants and toddlers climbing on him.

Saved us a ton of birds this season by finding them in the marsh/rice stubble.
Reply

Mandevillian
Darren,My season was SO horrendous Harry coulda shot better then me!!!Actually would love to get me another doggie just ya know how hard we hunt and how much junk we tag along,would hafta get dat Guide Special!!!Great job on what for most was miserably sub-par-hope Lake Village,Arkansas treats de Nuck and Futz Duo righteous!!

Delta Duckman
Good to see you had a decent year for the ducks. I don't keep the numbers like you do but that is the sure way of knowing if the had a better season or not. It was a real bad year for us but mother nature may change our luck next year. No point in crying anymore about what happened this year, it's over.
Reply

Did make 7 less hunts this year due to the greys not wanting to work. Still looking forward to next year...
Reply

Darren Digby
Delta Duckman you make a great point in that the first split didn\'t feel like it was good at all, but the tally showed 105 ducks logged so that\'s on par with some of my best 1st splits of the past since I started keeping a log for the 2002-2003 season. We weren\'t seeing all that many birds, had to shoot well with the ops we got......some days we did, some days we sure didn\'t. \r\n\r\nLikewise, we all remain optimistic for next season and I was encouraged to see some new birds on closing weekend, many of the grays we killed were observed to be immature so hopefully they imprint with the guns noW put away. We\'ll find out in November!
Reply

the dredger
darren , now that u mention some of yall greys on last weekend were immature that u killed .. about half the ones we killed seemed to not be in full bloomage and smaller also on the last weekend .. some kinda pattern hhmmmm ??? makes you think ??.... side note we were some where between 250 and 300 greys for the season
Reply

Darren Digby
I've heard from a number of others in my circles that noted the same thing only to discover that so many others had as well. Like mentioned above, hope they imprint now that it's quiet out there, see them in Nov.
Reply