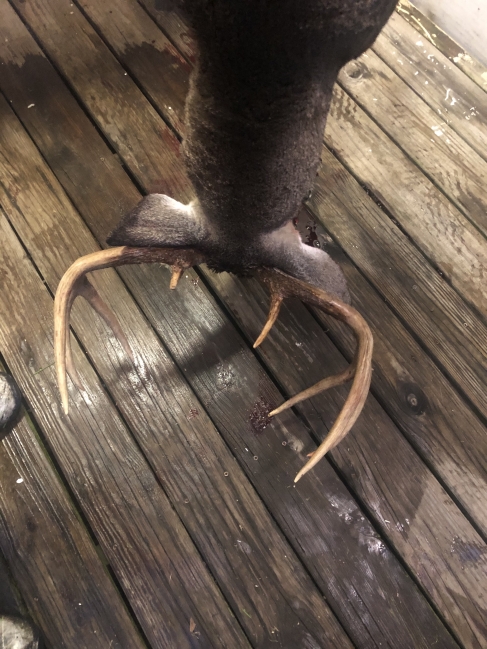 Well yesterday I finished my season. I shot my largest deer to date so far. A really nice 8 point. I had gotten a lot of pictures of him through out the year. I started season for archery season. I decided to try a cross bow. I ended up killing both of my does with it, It is a devastating piece of equipment. I ended up missing really nice buck opening morning of rifle season, Two weeks later I got a nice 6 point. Weighed 182 pounds. Jan 2nd I killed a nice 11 point, he was young but carried a nice rack, He weighed 155 pounds. I think he had lost some weight due to the rut. Yesterday it rained all day. At 3 the rain started slacking off. We went to the stand. At 4 deer came out at the end of the power line. I grunted, he froze, but wouldn't come in. He was broad side so I took the shot. He was about 330 yards. he ran about 50 yards and piled up. He had been rutting hard, His stomach was sucked in, he had no fat at all when we cleaned him. he weighed 162 pounds. I'm sure he was pushing close to 190 before the rut.

LETUMGROW
Re: 2019/2020 Season wrap up
very nice buck and sounds like an awesome season, congrats
Reply