Tuesday With the Treuting Crew in Shell Beach 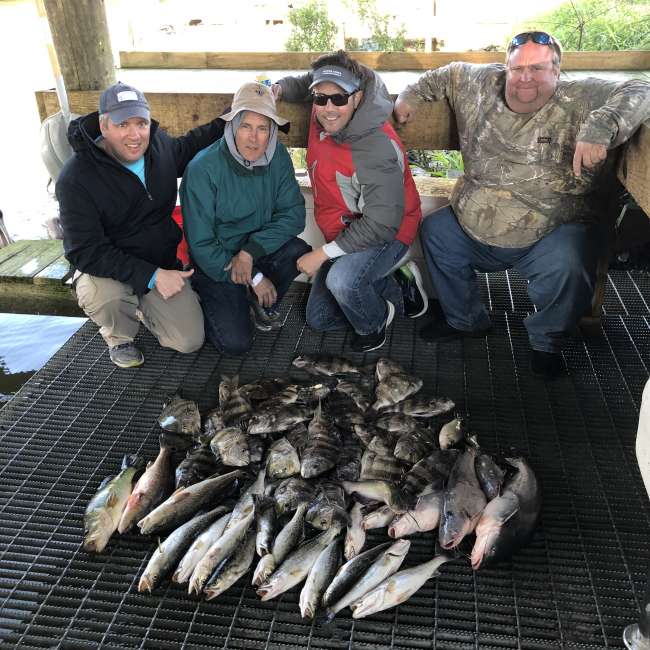 Tuesday With the Treuting Crew in Shell Beach. The Treuting crew hopped on the Blazer Bay and really wanted to catch some trout. With a strong front rolling through the night before stirring thin s up and dropping the water temp down near 50* I knew it would be tough, but off we went. After trying a few different areas with little to show for we switched to plan B looking for some redfish, and even they were finicky. Time for plan C. We set up in a deep canal intersection and started putting some meat in the box. The guys had a blast catching sheepshead one after the other, with a bunch of blue cats and even some of the elusive trout hit the ice. We ended up with a nice mixed box and had a great time.

Now that winter drawing to an end it’s time for big fish meat hauling out in Breton Sound. If you want big fish and plenty of them, now is the time to book your dates. Call now to book your trip of a lifetime. Overnight accommodations on the bayou are available.

All fish in the Suzuki powered Blazer Bay 2400 were caught with Campo’s live shrimp under a 4-Horsemen cork on Capt. Rory's United Charters custom rods provided by CUI Products with Penn reels, spooled with KastKing line. All fish removed and boxed with the one and only Jus Grab it Glove.