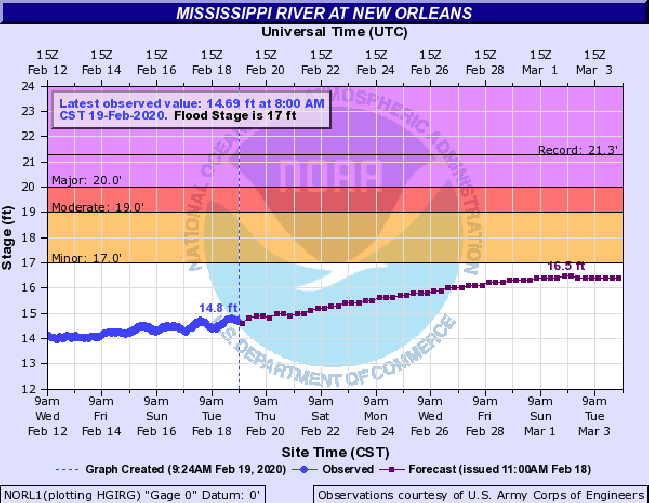 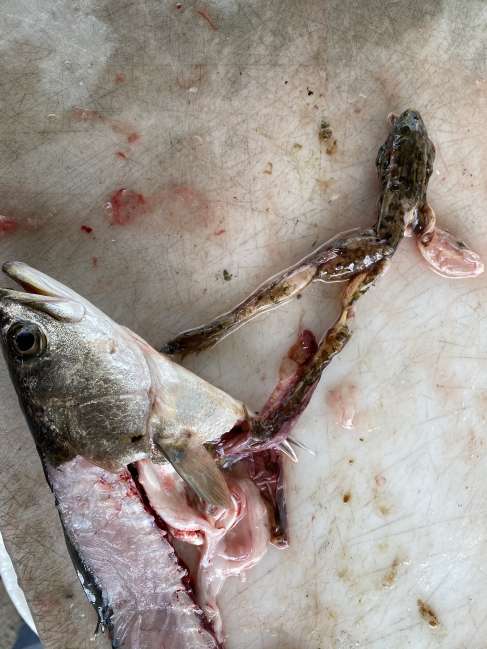 Got trout eating frogs now , might have to sink some bushes 🧙‍♂️🎣
Reply

Mandevillian
Re: Bass n Sacs in the lake ???
Either dat or get u sum dem Spro frogs,try to keep doggone pesky owls from latching onto dem expensive lures!!!Hope ole Mommy Nature treats Buddy and I right tomorrow,hoping to nab some sweet water sac a lait and possibly some bass and blue cats!!!GB3 texted me,saying he spotted a few trollers working de Causeway,hope dey caught something other than big ole blue catfish!!!

Mandevillian
Re: Bass n Sacs in the lake ???
Too bad my father-in-law no longer around and he was born and raised in Mandeville and he used to tell me about the bass and stripers they would routinely catch in Ole Lady P,as she used to be mostly freshwater with a tad of salinity to her,maybe she wanting to revert to what she once was and not that many years ago,Wifey and I went down to Sunset Point not too long after the fishing pier was re-opened and I saw quite a few 2.3-3 lb bass lurking around,not such a bad thing,unless ya target species happens to be specks!!!Regular Spillway Openings NO DOUBT contributing to serious lack of salinity,maybe I should try deep-jigging for sac a lait,bet there are some chunks near the mouth of the T-Funky!!!

Capt. Rory Rorison
Re: Bass n Sacs in the lake ???
We fished in the Lake John area yesterday and one of my clients filled a bottle with water from there. His daughter was doing a project for school on water samples. I said don't expect to see much salt in there. I pulled out the hydrometer I keep in the boat and it read 0 salt. Still we had a good day on the trout with some blue cats in the mix. The guys, from Texas, were amazed to catch trout and reds, along with blue cats and bass in the same spot. Still waiting for a crappie to show up in the mix.
Reply

Mandevillian
Re: Bass n Sacs in the lake ???
Specks require higher salinity to spawn but can and do exist in somewhat fresh water.Just got home from LAWLF meeting and as luck would have it,I was the first person to step to the podium and I expressed my concern regarding the situation with respect to the menhaden industry and there was no answer provided.Mardi Gras Pass was definitely brought up as well as too much freshwater in all our estuaries.Catching sac a lait would definitely be lagniappe!!!

lanco1
Re: Bass n Sacs in the lake ???
We catch lake runners and specks at the same spots some days in Hopedale. Its not the routes into the estuary so much as the ridiculous high river the past decade. High Pearl won't help either. Probably as much water going through the spillway with the gates closed as there is going through Mardi Gras Pass. The river levee has been cut at Ostrica for years and we still caught trout in Quarintine until katrina. Its not a conspiracy or the caernarvon or communist china; its a solid decade of really high rivers. The spillway has opened nearly as many times in the past 12 years as it had the previous 80 years. Sucks but its the weather .
Reply

boug23
Re: Bass n Sacs in the lake ???
Ianco1, yours is the voice of reason. I admire that. We can call it climate change or just fifteen years of bad luck but this run of historic rainfall in the entire Mississippi river watershed has significantly changed our environment. Wether it's temporary or longterm, the effect has changed our coastal fisheries.
This year may well be a repeat of last with ground moisture levels up north again at near record levels. In the coming days the Pearl river will crest at near record levels. The first week of March will have the Mississippi at 16.5 in New Orleans. Who knows how the rest of year will play out but I doubt we'll be catching specks in Pass Manchac or worrying about a salt water wedge endangering water supplies in communities south of New Orleans.
Reply

Mandevillian
Re: Bass n Sacs in the lake ???
Took road trip out to Cajun Country Friday and ya ain’t gonna wanna hear this BUT Atchafalaya extremely elevated as was MS River at Baton Rouge so throw all dat into equation and see what dat comes up with. Not good😜😬