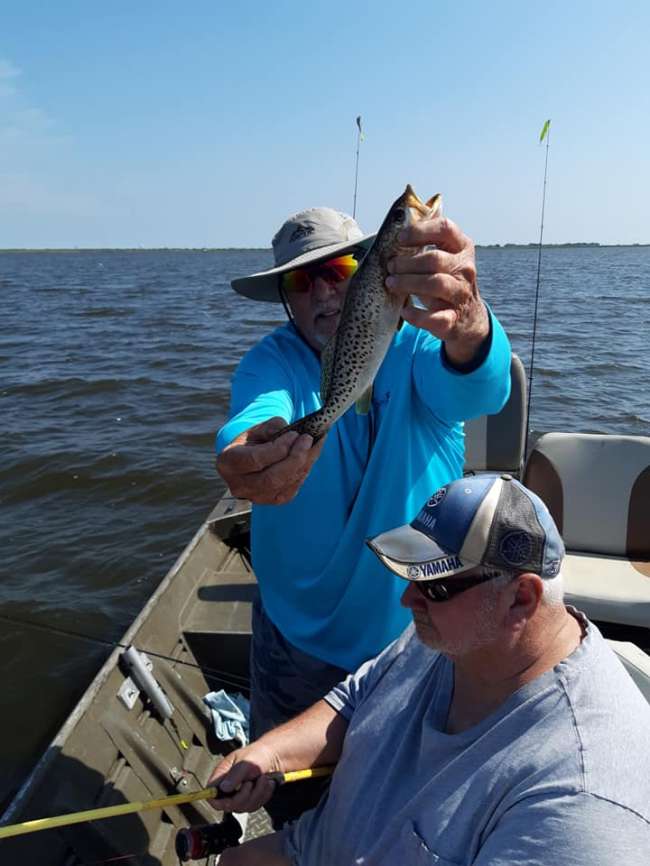 Specks r still in side,wasn't fast and furious in cat fish lake today, had to stick and move a lot, 35 specks 1 red .Fish the lake with top water early be 4 the sun got to hot and the wind pick up ,then we fish the marsh and cuts with corks ad dsl chicken of the c. Check out all the spots on that trout.
Reply

Mandevillian
Pretty speck and I used to tournament fish with a guy who said there were two species of specks swimming in our waters,one like that with tons of spots and the typical variety with much less spots.I forget what he called the one with multi spots,think something like a Chesapeake Bay type of trout and on a few trips with him we would nab a few like that and the rest would be like what the rest of ya box looked like.Right now,kinda hard to get me to break away from some fine and fat sac a lait in nearby T-Funky,not loading up but typically nabbing a few exceeding one lb and starting to find even fatter ones!!!Nice box of fish there!

Thewizard7
Nice catch of trout, love that top water bite , the excitement of the moment of explosion on a top water plug can’t be beat ! Thanks for the pics , keep them coming 🧙‍♂️🎣
Reply