The loss of a Hunting Buddy 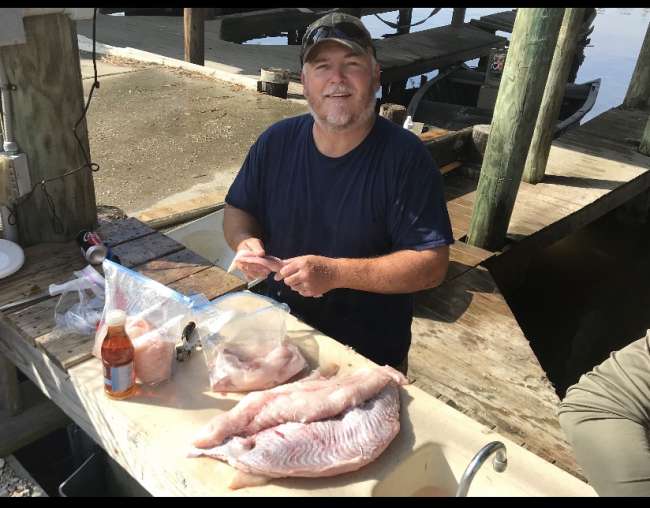 Six years ago I met my future hunting buddies Ben and Kelly through this Louisiana Sportsmanâ€™s website. A simple post about trading guided duck hunts for a new hunting puppy led to a close friendship that was unfortunately cut way too short yesterday. Sadly, Ben did not survive a single car accident on a routine day doing routine things.

Benâ€™s â€œRoutineâ€ was all about EVERYONE ELSE and never about HIMSELF.

After our original weekend hunting together in Delacroix with his wife and a few of his self trained started hunting dogs, we became good friends. By the following season, he moved a trailer to our property and became a fixture at our duck camp. Over the past six years he has not only hunted with us every weekend but was the person that helped with everything around the camp. Wether it was clearing the lot, installing the stove, fixing the water lines after a hard freeze, rewiring the breaker box and electrical lines, fixing and tuning up boat motors, he would drop everything and take care of all the problems that seem to pop up at a camp. He never wanted to impose an inconvenience on others but would jump at the chance to make it easier for everyone else.

He, along with Kelly, also trained all of our hunting dogs.

I will mostly miss his presence around the camp. His constant smile and positivity made camp life just that more relaxing and enjoyable. Ben and I were usually the first to arrive at camp on Friday and that last to leave on Sunday.

Ben always made sure our stock of firewood would never run low for the constant campfires where we spent so much time together reliving the past hunts and planning our next journey.

It will not be the same without him around. It will be impossible to ever light another fire at the Island without thinking of Ben, and each fire in future years will be a tribute to him. Just like many others, Ben has left his Mark and Legacy as a member of our Duck Hunting Family.
Reply

35004x4
Sorry for you're loss. Sounds like he was a great guy and a dear friend. Always know he will be right beside all of y'all on every hunt an fishing trip.
Reply

andras_jja
Sorry for your loss.
Reply

Proud Pop
Thanks guys. I k ow some have talked about relationships that were created by connections made through these reports. I have made some good friends through this site but Ben was really a special guy. He was like family to everyone. Just another example of how quick things can be takes away from enjoy. Enjoy and cherish every day you get to spend with family and friends on the water, in the marsh, or in the woods. Those times are the best!
Reply

Mandevillian
Proud Pop,Sorry for your loss and so glad you and I personally met quite a few years ago.Words can't describe how much Ben must have meant to you and your dad.Everytime ya hunt,look to Heaven and bet ya see ole Ben smiling down on ya,especially on those days when everything goes as planned and on dem bad days,always know there is next time!I like to live like the Tim McGraw song,'Live like you are dying!'

mulletsquisher
Proud Pop.
Very sorry to hear about Ben, Lord Bless his soul!! I look up every day, when in a boat or squeezing a trigger or just enjoying the canvas that the Southeastern Louisiana Marsh has produced that day for our viewing and tell my Dad good morning every day.
Reply

Proud Pop
Thanks again for the kind words. We all have memories of hunting and fishing buddies that are no longer with us. Ben and Kelly trained all of our hunting dogs and every retrieve of a fallen duck in future seasons will be made in honor of his contributions to our hunting club.
Reply

LastCast
Proud Pop, Sorry to read about such a loss. Your friend sounds like he was a great guy and true sportsman. He will always be with you in spirit around the camp and in the marsh. My condolences to you and his family.
Reply