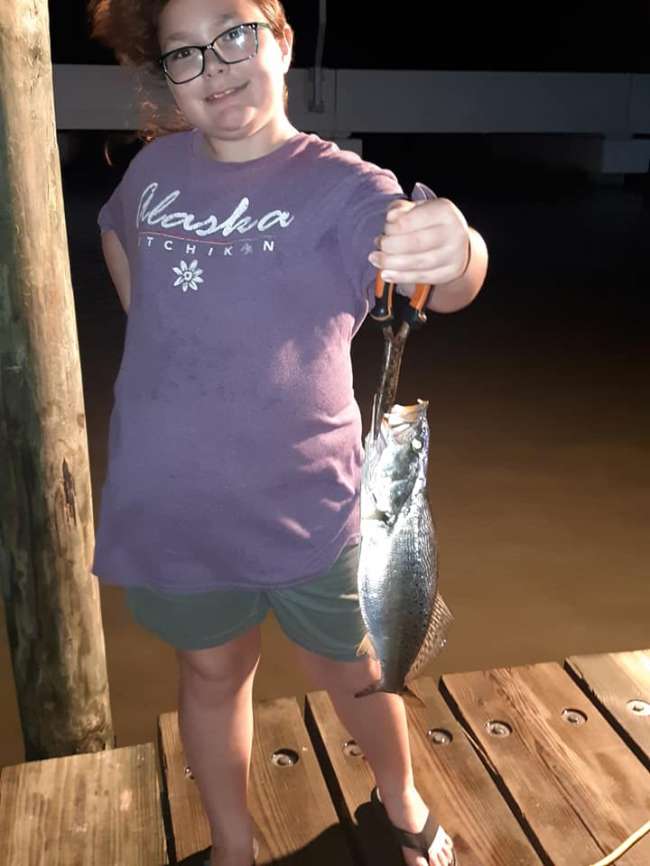 When u can not go fishing with your boat because there is a storm in the golf with 30mp winds and rain and it's Sat. u go to camp dock and night fish. 20 specks in 2 hr the girls had a blast. still next week SpeckleSearcher
Reply

tigerryder20
Nice catch. Love to see the kids catching! Before the bad weather, did you see or hear of. Anyone catching on the beach by the rocks.
Reply

Mandevillian
When Life deals ya lemons,ya make Lemon Daquiris!!!Awesome catch and reminds me of many,many,many moons ago well before we had boats and would fish the lighted pier at Grand Isle and nab plenty white trout and specks and some dem locals found a lure,Shiney Hiney,and it did a number on fine specks-back then we used about exclusively sparkle beetles-bet Tsumanai shrimp or Vudu would destroy some fine specks!!Great job on catching fish!!!

speckle_searcher
beach was to rough the last few days
Reply

Tiger Die Hard
Looking for a camp to rent where we can catch some trout off the dock. My wife loves to fish and cant do it out of a boat due to health issues. She use to fish years ago and misses it. If anyone knows of a camp for rent on the water where we can catch a few off the dock or under lights, pls let me know. Bo at
(225) 445-1818
Reply

bones1000
pretty soon they will out fish you lol. good memories for the kids
Reply