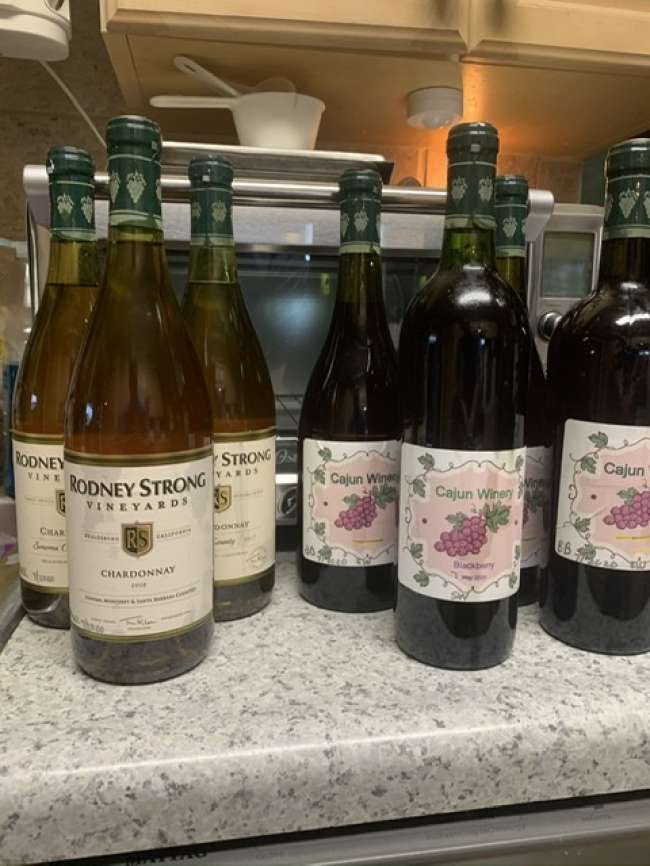 The squealers are still around and in pretty good numbers. They are moving from rice fields into towns - seeing more in populated areas than in past.

Getting the teal fever, looking forward to a couple hunts with friends. Will enjoy some good eats and homemade wine even if hunts are a bust.

Just watched the commissioner’s meeting on future seasons. Interesting data and thought I would see more discussion on here about it. Looks like we may go back to a 2 zone 3 split seasons. I am ready to chase some waterfowl-good luck this season.
Reply

Steelsprayer
That’s the truth, squealers everywhere! I wish the powers that be would turn us loose on them during September teal season. It would be nice if we could target another duck besides teal.
Reply

Delta Duckman
I know there are some discussions going on at the USFWS on the possibility of adding whistling tree ducks to the teal limit during the special teal season. Any changes to the teal season limit set up has to be approved by Louisiana Wildlife and Fisheries and USFWS. I am waiting for a reply from USFWS to see what direction this may go? I certainly hope it is approved as it should be, whistling tree ducks are thriving down here. Can't see it happening this year but we can still work on it for the future.

Depending on the reply will determine how much lobbying by us duck hunters needs to be done. Once I get a reply I will let y'all know what has come from the effort.
Reply

Proud Pop
It would be nice to have them included in the limit during teal season. I’m pretty sure Larry R. said the main concern is the fact that it will increase the illegal/accidental taking of Mottled ducks. Apparently there are lots of hunters who can’t tell the difference between a teal and a mottled duck or just don’t care and shoot them anyway.
Looking forward to the upcoming seasons. Time to start building blinds!!!
Reply

Cajunsim
Special Squealers season may be a possible explored option in future but do not want to lose any teal days Like with woodies in northern states. Would rather shoot teal with more days than lose days for squealers.
Commission video meeting about 45-55 minutes in covered topic - good info in video meeting if you are into data and research. Another concern would be mottled duck juvies being shot - mottles look and sound a lot like squealers—-not.
Reply

Mandevillian
I distinctly remember the very first time I spotted squealers was at least 4-6 years ago during a Teal Season hunt.I saw the size of these foreigners and was not sure exactly what they were as their beaks and feet are nothing like our native ducks,kinda like dat ringed teal I shot a few seasons back,in regular duck season.Have a few buddies that have shot them in regular duck season,have a spot that Bayoubob and I have hunted in the past that seems to harbor em and someone asked a good question-how are they treated in Regular Duck Season-my guess is one technically could shoot 6,if they had that many hanging around and I have never seem them listed.Maybe someone will chime in and plenty of em hang around in Teal Season,seems like dey get the notion to evacuate right after Teal Season!!On another note,saw someone chopping down huge palmetto tree-I shoulda harvested the branches but they dry out quickly with this heat and by Teal Season would be bone-dry!!!

Proud Pop
The limit on any duck species not specifically mentioned in the regulations is 6, if you were to kill just that one species. Just like teal and gadwalls, the total limit is 6. I have never eaten one but I hear they are tasty!
Reply

Mandevillian
Thanks,Proud Pop,kinda what I suspected but where I hunt those squealers are typically long gone by Regular Duck Season.I did talk to someone who has eaten them and my understanding is that they are fabulous-guess we shall see if one of de regulars dat post on here manage to bag a few this coming season.My sister lives near Ochsner on Jefferson Highway and there are HUGE flocks that fly over her house every evening-plenty have made their way to Audubon Park area!!

Delta Duckman
I have some good video from Teal season 2018 that shows a real nice flock of about 12 tree ducks that comes right over us and lands in the decoys in what could have been a very easy shot. Hope we will have the chance some day to cut em.

Go to the 6:40 second mark of the video for the tree ducks. As you can see they are very easy to distinguish from Teal and Motled ducks plus they whistle most of the time they are in flight.

mulletsquisher
35 Days till teal season is all I know :) sure hope they show
Reply

Darren Digby
The matter is fairly complex but the short of it is, you will not be shooting squealers (black-bellied whistling ducks, mostly) any time soon during our September teal season. As someone stated, you can shoot up to 6/person/day in the regular season, and I've had some hunts in SW La fresh marsh where quite a few were taken with some huge wads that, as many of you have noted in teal season, are suckers for whistling.

Though we are seeing more and more of them, very little is known about the BBWD's as a whole, and there is also concern that the fulvous whistling duck is also present in early season, a species that even less is known about. So the potential for mistaken identity is there for harvesting the fulvous variety and impacting their population.
Reply

Capt. Rory Rorison
I could shoot a dozen Squealers everyday out of my backyard in Metairie. At times the bank of the canal on West Metairie is covered by hundreds of them.
Reply