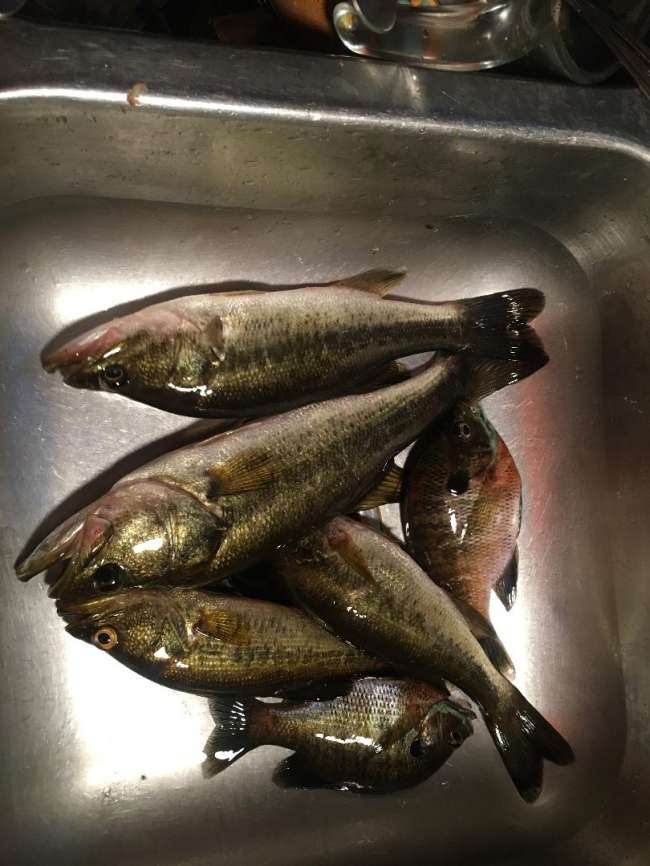 Brother-in-law and sister-in-law have very fine and relatively old(at least 25 years old)pond next door to us and I got relegated to baby-sit duty for our grandson as Wifey and older son were headed to extremely important zoning meeting and I SHOULD have attended but decided to let Wifey and older son wage war on what lotta folks are vehemently opposed to,zoning change to have town homes right next to and in front of where we have lived for PLENTY years,Wifey and sister-in-law are Mandeville natives(hence my nickname)and between the two families,have about 16 pristine acres and we certainly would like to NOT have bunch of dwellings right next to us.Turns out,quite coincidentally,I actually went to high school with one of the sons of a partner in the De-Val subdivision(we live behind this subdivision)and these folks are the ones planning the Townhomes(maybe I WILL attend next meeting).Enough of political shenanigans for now,grandson and I decided to ply the waters of fine pond and we dug up a few fat worms and I had his fishing rod set with cork and Spoiler Shad(stuck worms on dat hook)and I had micro-lite spinning rod with popper(deadly on bass).First fish came on first drop of worm,big bluegill,and grandson was in hog heaven and I started chunking popper,had bunch of fine explosions,nabbed three nice bass and we caught another bluegill.Doggone turtles kept chasing both worms and popper and it was a chore to keep turtles at bay.Found out PLENTY folks vehemently opposed to this boon-doggle of a development and I probably Will attend next meeting,gonna be de ole 'Evinrude in de cess-pool'!!!