Had to work for them 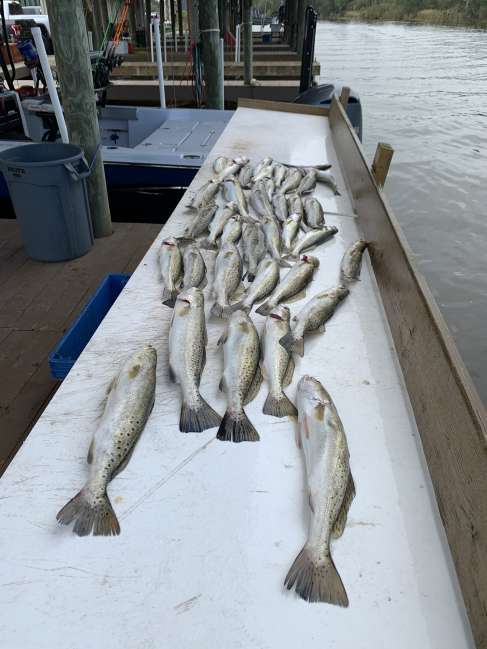 Ray Spurlock was back down with a crew new to saltwater fishing. We started off the morning with shrimp and trout busting all around the big Blue Wave Boats. The guys were learning to cast and lots of small fish mixed in, so not many fish made the box. We moved around a bunch after the shrimp bite quit, but found a few other flocks of birds and shrimp. Again, most all white trout and small specks. We found a lost puffer fish inside for the first time, a ribbon fish, a shark which made things interesting. Most fish caught under a Four Horsemen Tackle cork on various colors of Matrix Shad lures. It was a fun time with the guys, thanks Ray.