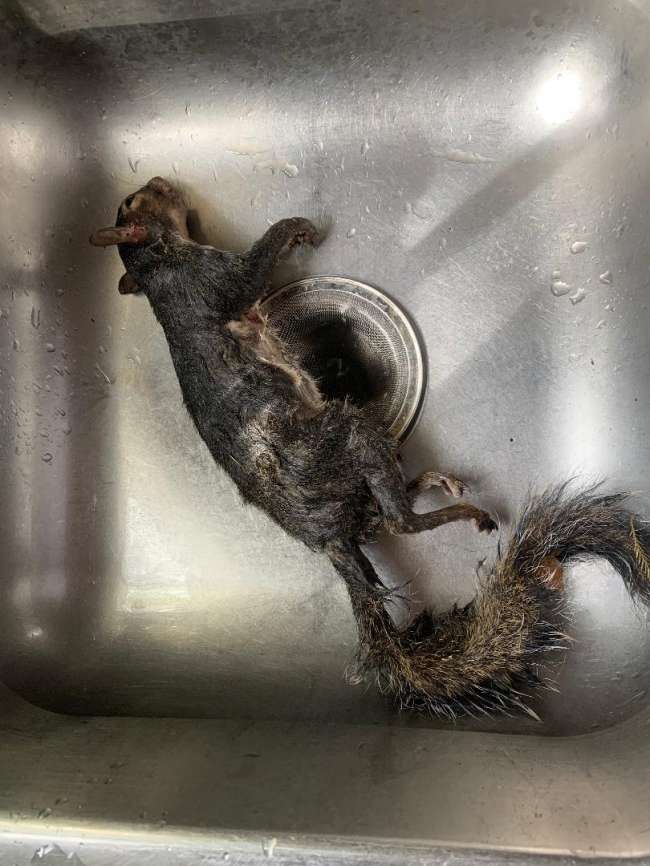 Had decent window of opportunity this am,knew winds gonna be slight,weather about as crisp as one could hope for and had fun chasing Honey Island tree rats this am.Got to first spot well before sunrise,got to decent set of hardwoods and spotted a few tree rats,but not before they either saw me or heard me and had no chance at the three I spotted,no big deal,went to second spot,saw a few fine woodies and guess the tree rats at the end of path heard me and quickly spotted at least 4 but they were on a mission and now my time was running short so I made de executive decision to slowly stalk til bout 9 and just as I was getting ready to head back detected what initially appeared to be decent-sized red cockaded woodpecker(my visual acuity still very good and this object appeared to have some red near its head)but I did spot furry tail,so after determining exactly what my target was,busted nice and big tree rat dat landed in Indian Bayou and indeed it looked like it may have had old injury to eyes as they were definitely reddish and my shot no where near the eyes!!Got e one tree rat and made my way to catch up with John Finnan,Jr,Owner of Finnan Family Pharmacy.Turns out Wifey and I were lucky enough to be given set of tix to Monday's Slidell DU Banquet and went outta our way to meet up with John as he company sponsored table.Even more coincidental is fact that John's dad,retired OB/GYN told me exactly where to find grey market Kubota that TO THIS DAY,still works as strong as ever,perfect for deer food plots,etc!!!Lil beast of a tractor!!!

jkoenzuraida
Well, it looks like you got one at least.
Junk removal College Station TX
Reply