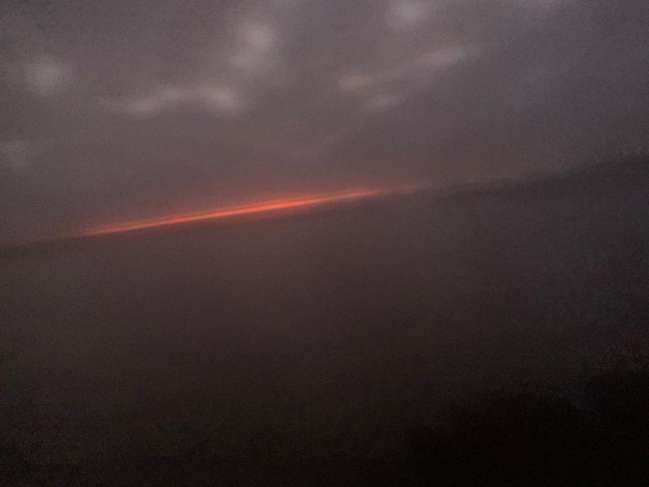 Well,well,end of YET another horrendous season about here and gotta vent!!!Bayoubob and I and my older son have made numerous hunts on NShore(older son the fortunate one in that he has only managed to tag along for two hunts,both productive,lucky for him).Guess it was a bad omen when we met at the launch this am,Bayoubob and I, and we noticed the water levels down quite a tad,thanks to some sage advice from de Wiz,I was somewhat prepared for yet another mud hunt with ZERO migratory waterfowl in the skies and did not see a single mottled duck,saw nice band of probably 25-30 greenwing teal(wanted no part of my 7-deke spread)and did have flock of 6 Canada geese fly about right at effective range(if I had 3.5 inch BBB)but I had #3 in 3-inch and actually considered trying to down one but my thought process was that I had been told dat Canada geese not exactly great table fare AND I do not like to cripple game and 3-inch #3 mighta done just dat.Part of my situation today was dat I did NOT get to the somewhat land-locked pond I was headed for,my bad,and once I entered very low-water series of ponds could tell dat it would be a Herculean chore to back-track and get to where I eventually spotted two hunters dat used a flat to get to about where I woulda been!!Almost texted Bayoubob as the barren little island I set up blind on had Pelican droppings on it,guess I set up blind on doggone Pelican Porta-Pottie,how bout dat for a jinx!!!Older son picked up 30 laying hens in Port Allen last night and he and I debating the wisdom of yet another duck-less NShore hunt.Guess we could always hit de Pearl,hoping to scare up a few delectable woodies and I even considered heading N up E Pearl tomorrow looking for not only wood duck sloughs but also spots to soak deep-water crawfish nets,gotta make lemon daquiris outta rotten lemons we got tossed this horrendous duck season!!!Ready for my short hibernation nap and gonna help older son make nice aviary for his burgeoning chicken empire!!!Too bad I did NOT blast at dem Canada geese-was pretty sight!!

Trainasse
You've got to show 'em more decoys and perhaps larger spread in open water, with perhaps a layout boat in which you may hide.

You've got to remember - by the time a duck gets to the bottom of the flyway, its listened to every type of call and seen every regional configuration of decoys & blinds.

But I'd bet they've never seen may layout spreads in open water in Louisiana...

The best calling lesson you can learn - Is when NOT to call!

Mandevillian
Trainasse,Do agree with ya to a point but I have NOT been targeting teal as we only saw a few of them and today was the first time I have seen green wings,virtually all the teal we have recently seen have been blue wings AND in flocks of 2-4,not 20-30.Yes,I do agree with less calling and did NOT touch my call when the greenwings miraculously showed up today.My 6-7 decoy spread has worked very well on mottled ducks,the primary duck we have seen in the marshes we typically hunt.Our lack of decent migration is what is upsetting and the other unfortunate issue,one we cannot control is weather.About 5 seasons ago,at the end of duck season,Arkansas experienced freezing and that sent us tons of greenheads(too bad I did not have my Go Pro with me)and on one hunt,had probably 70 mallards circling me,got two to break off but they landed about 70 yards away and the rest had no intention of coming in for a closer look.Got a buddy with a lay out boat,have no desire to coop myself up in that contraption and love my solo duck hunts and dat was what fooled a true black duck about 5 seasons ago!!!Not many LA duck hunters can boast about shooting a true black but I have one mounted,shot locally!!!

Mandevillian
BPittman86,Where I hunt is either Federal or Public Land,hence we hunt free,free,free and not that many seasons ago,used to shoot lotta ducks,mostly quality ducks like mallards,widgeons,wood ducks,teal,greys,redheads and we rarely shot any scaup or shovelers.I reserve those ducks for folks that really do not care about the quality of ducks they get and can't tell ya how many times we routinely passed on scaup and shovelers,though with the weaker than weak migratory duck seasons we have had to endure for way too long,sometimes we do shoot a few,though Wifey HATES it when I show up with what I call 'off ducks'.Some folks toss all ducks into sausage,we prefer to target quality ducks that each has their own distinctive flavor.One decent,stress the word'decent'way to utilize off ducks is to toss em into gumbo,Wifey uses one species for gumbo,NEVER mixing something like spoonies with scaup!!Funny ya mention guided hunts as Bayoubob and I had decent conversation just today bout the possibility of either out-of-state guided hunts or,possibly not for the less-than-diehards,freelance hunting in other states,whether Federal or Public Lands!In retrospect,perhaps I shoulda pounced on small flock of Canada geese,might never have dat chance again!!!Hope always springs eternal,at least for me and Bayoubob and I am making solo Honey Island Swamp wood duck hunt tomorrow.If I ever get a decent chance to take flat and scout Honey Island Swamp thoroughly,might just stumble upon nice flocks of wood ducks,never a bad thing!!!Gonna start fun process of crawfishing the vast Honey Island Swamp and we used to routinely emerge with upwards of 80 lbs of HUGE mini-lobsters!!!