Last hunt for the season 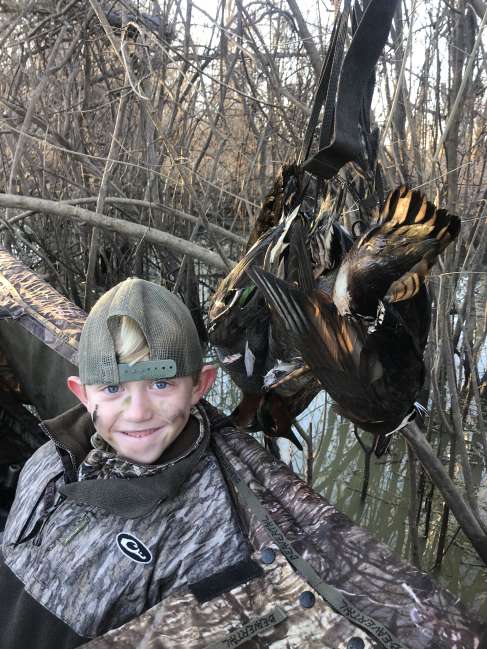 Well last hunt the woodys and teal showed up but no green heads . Ms river fell and we lost our water and the big ducks . Had a blast today couldnâ€™t have ended any better it wasnâ€™t a waisted trip like it has been this year for the most part . Kids had a blast and we got few ducks . Hope 2021 season is better for us all .....
Reply

Mandevillian
Kgt1067,De look on dat young fella's face tells it all-hooked on Quack!!!Sadly our horrendous season came to an end but grateful to have the ability and time to make plenty hunts,though lotta stinkeroos and what really hurts is that the seasons,at least for me,have gotten progressively worse and worse and my almost-4 year old grandson may be fortunate enough to shoot a few woodies like dat!!!Guess I might wanna start scouting for woodies since the big duck migrations,at least where we have routinely hunted,are non-existent,lotta blame to go around and LAWLF knows EXACTLY what the culprit is but Big Money keeps ducks AWAY from where they used to routinely migrate to,cut and dried,way too many back-to-back-to back,etc horrendous seasons to deny that someting amiss!!Might have to start hunting the real Sportsman's Paradise,states like Oklahoma and Kansas!!!Time to shift gears,start targeting game that aint EASILY manipulated by Big Money!!!