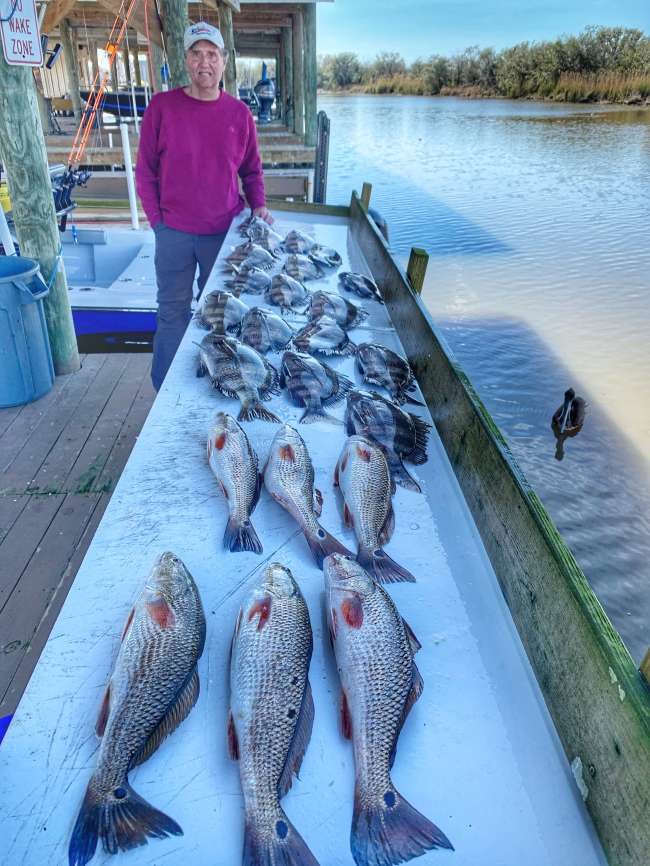 Day three with Rick Osterman on the 26 Blue Wave Boats. Our morning started off with a bang putting four reds in the box on the first four cast, then it slowed. We caught about 12 reds at our first stop but only 6 kept. Made a move and got on another quick run of reds but they were all 15 inches. The heads started coming in then quit. Made another move and picked up some more heads and a couple more rat reds. Rick wanted to try to catch some bulls, so we headed to the pass and dropped some crabs. First drop he had a bite that let go, second drop and bull drum. No other bites after that so we switched back to trying to finish our red limit. No luck as every red seems to be coming out the same mold. Tons of 14-15 inch reds everywhere you go. Great three days with Rick again this year and looks forward to his return next year.

Twitch bait time again !
How to Hook Live Bluegill for Bait
How to Hook Shrimp for Bait
Reliable OST to PST Converter
Round 2 Twitch Bait Madness