Kids and an Awesome Trout Bite 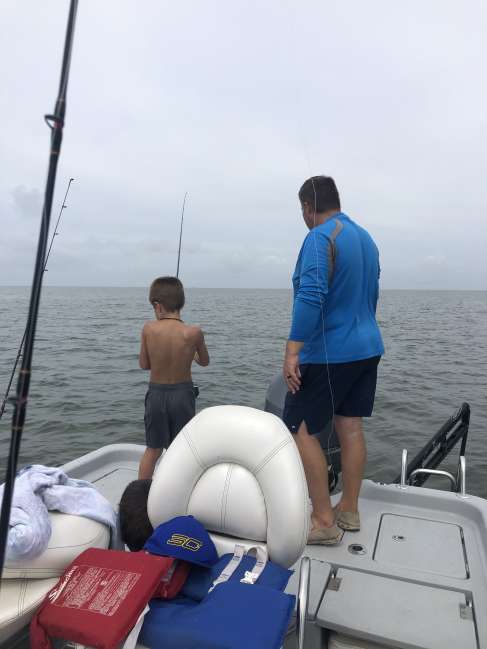 I had the Burgess family onboard for some family r & r. It was a little choppy heading out but then the seas laid up. We were catching a lot of fish, but had dozens eaten off by sharks, so we had to make a move. We moved around until we struck the silver mine! The kids had doubles coming in fast and furious, on double rigged Matrix Shad, and had a blast! Thanks for coming down guys, I had a blast! Give me a shout to get in on the action!