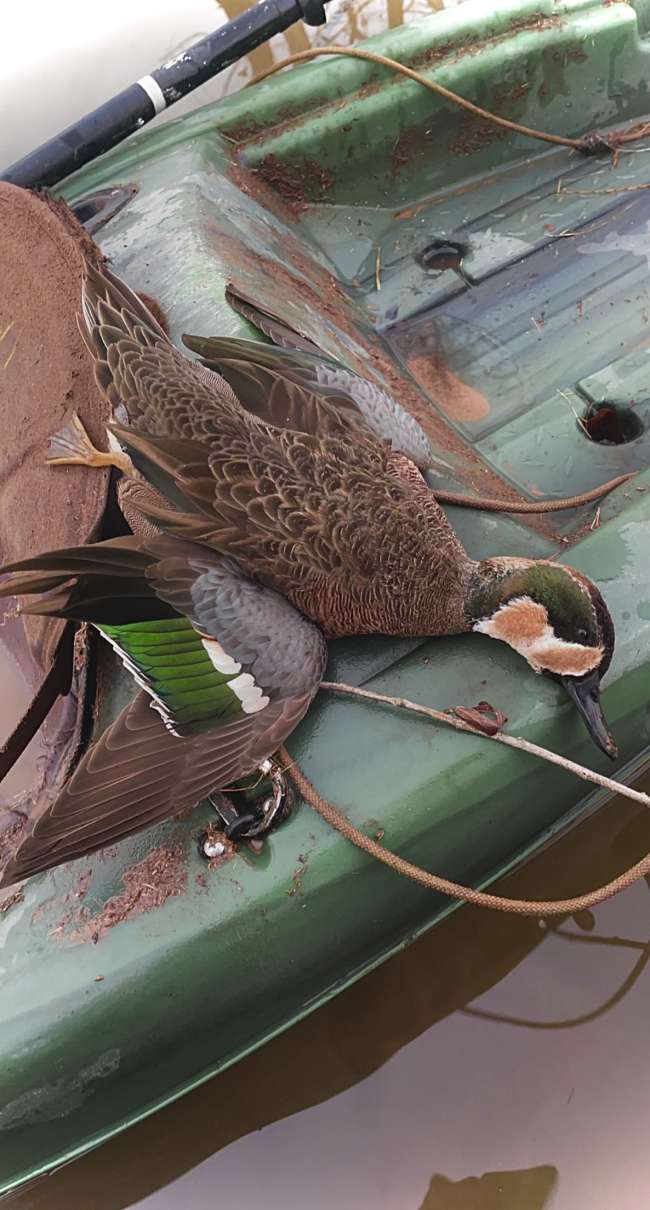 Last week, i harvested a unique bird that I have never seen before. I knew it was likely a teal of some kind due to its size. At first I thought it was a Baikal Teal from I believe Russia, but further research indicated that it is likely a blue wing/green wing teal. The white and brown patches on the face indicates to me possible traits from both species. Also, the green stripe on the upper portion of the face could indicate green wing teal, & the blue on the wing indicates traits from a blue wing teal.

Yes, it already has been brought to an experienced, professional taxidermist to preserve its beauty!

My question: has anyone harvested a bird like this or ever heard of one being harvested? I know some photos have been taken of them alive and I also know of at least one captive bread one
Reply